Michele Morrone talked for the first time after rumours of dating Khloe Kardashian! 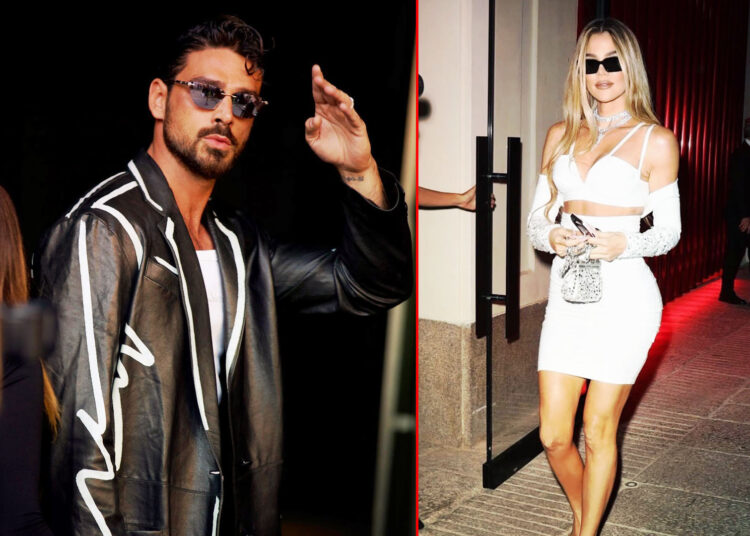 Michele Morrone Talks About His Relationship With Khloe Kardashian Amid Dating Rumors!

There are a lot of celebrities in Hollywood surrounded by dating rumors and it has yet not been confirmed whether these speculations are correct or not. But when it comes the chemistry they share becomes one of the hints of their current relationship status.

Talking about such things then the recent hot topic was Khloe Kardashian dating the Italian actor named Michele Morrone. After all the speculation it is the actor himself to broke his silence on these and called Khloe Kardashian a nice person.

The 31-year-old actor named Michele Morrone has finally broken his silence when it comes to him dating Khloe Kardashian or not. He has clarified all the speculation that has surrounded his relationship status with the reality star.

The actor said that Dolce & Gabanna has asked both of them to take a picture together at the show as they both were the faces of the brand. The actor said that Khloe Kardashian was very nice to him and the same goes for his side too.

Also Read: Millie Bobby Brown Calls Herself Rapunzel and Jake, Flynn As She Was Seen In Disney Land!

Michele Morrone and Khloe Kardashian are Dating or Not?

According to the source, Khloe Kardashian has never met Michele before meeting at the event which has spread all these rumors. Since it was their first meeting so it has been confirmed that they are not dating, at the same time the reality star has also not any plans to see him again.

When they both were seen being cozy and hugging each other at the events then a lot of fans started shouting for them to come as a couple. Khloe Kardashian has even shared a picture on her social media handle where we have seen the actor holding Khloe Kardashian. He was seen looking directly into the eyes of the reality star and when it comes to the reaction to Khloe Kardashian then she was giving us a candid pose.

Also Read: Why Britney Spears Did Not Appear in Hold Me Closer?

They both were looking very handsome and beautiful at the event where we have seen Michele wearing a silk brown shirt and pants. Khloe Kardashian was found wearing a catsuit with some sparkles in it.

These rumors came a few weeks after Khloe Kardashian welcomed her second baby with her ex-boyfriend Tristan Thompson. She has recently opened up about how she decided to have a second baby with him and how she handled his scandals. Without a doubt, everything was difficult for her as she was dealing with not just one but multiple things at the same time.

But the best thing about all is that Khloe Kardashian is moving very happily and strongly in her life and that is the reason why she wants to focus more on her career and children rather than giving any attention to the rumors or news that has no reality at all.