Enjoying best of the time with her boyfriend Jake, Millie Bobby Brown was seen happy with him and decided to go on a piggyback ride! 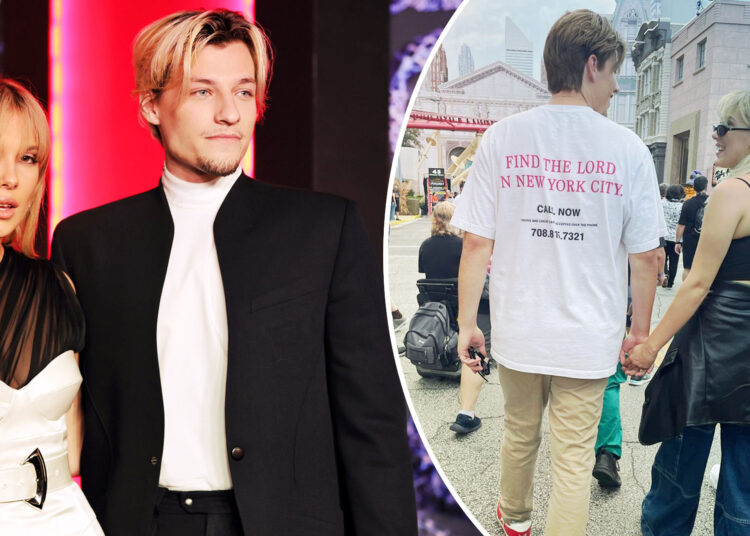 As we all will agree, Young love is the best love, Millie Bobby Brown and her boyfriend Jake Bongiovi are in that phase where she calls herself Rapunzel and Jake, Flynn in her recent Instagram post.

It was recently when the Stranger Things famed actress Millie Bobby Brown uploaded a series of pictures where she captioned Rapunzel and Flynn. In the pictures, we can see her with her boyfriend Jake Bongiovi as both of them enjoyed their time at Disney.

With no wonder, Millie Bobby Brown has always opened up about her relationship and that is the reason why she is posting some of the best pictures of her and Jake on social media. In the recent post that was uploaded on 28 September 2022, we have seen the actress having a piggyback riding on her boyfriend.

Here you can check out the most recent post of Millie Bobby Brown.

The actress was wearing a black crop top and leather jacket while carrying it well with blue denim. On the other hand, Jake was wearing a white shirt and tan pants with red sneakers.

In the next pictures, we have seen both of them in the same dress while they were walking in Disneyland. They both were seen holding hands of each other and looking into each eye of each other while the actress was wearing goggles.

The next picture was the most adorable as we have seen both of them posing in a perfect look where a great smile was seen on their faces. Millie Bobby Brown was wearing denim with a white T-shirt whereas her boyfriend was wearing a black shirt with the same tan pants and red sneakers.

These pictures of the couple came after some days when the actress uploaded a video where we have seen Millie Bobby Brown giving a kiss to Jake.

The video was in black and white color, the actress was seen in a bun while taking Jake towards her and kissing him on the cheeks. Meanwhile, the lucky boyfriend was smiling and looking and the camera. In the caption actress has written nothing but “kiss on the cheek for you”.

It is recently when the actress confirmed her role in the movie called Enola Holmes 2. This news got confirmed when Netflix has release the trailer of the film on 24th September 2022.

Coming to the release of the movie then we are going to see the movie on Netflix on 4 November 2022 where the actress would be seen in different avatars.