Troll is an upcoming Norwegian horror film that will be directed by Roar Uthaug, who also directed Tomb Raider in 2018. 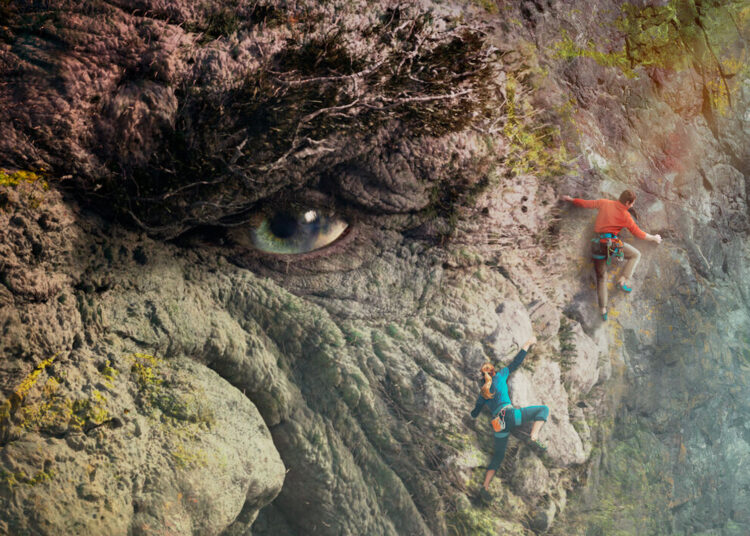 Troll is an upcoming Norwegian horror film that will be directed by Roar Uthaug, who also directed Tomb Raider in 2018. Netflix has now revealed a new poster for the film as well as the release date.

Despite skipping Halloween and the spooky season, Troll will be available to stream in December, so we won’t have to wait long to witness the movie’s eponymous monster in all of its enormous magnificence.

The new poster shows two individuals scaling a sizable rocky wall. They have no idea that they are actually standing on the massive rock monster from Norse mythology.

Therefore, the highly anticipated new Norwegian fantasy film directed by Roar Uthaug is titled, Troll. Roar Uthaug, the filmmaker of Troll, claims that the concept for the film has been percolating in the back of his head for the past twenty years.

Espen Aukan, who has written the screenplay for such films as Vikingulven, The Games, and Wettlaufer’s Widow, came up with the idea for Troll with Uthaug. Here is all we currently know about Troll, including the release date, cast, storyline, and any relevant updates.

No, the upcoming Norwegian horror film Troll will not release in October 2022. It will make its debut in December 2022. Additionally, Netflix stated that the movie would be released in 2022 when it first made its announcement in August 2020.

In addition, the exact day that this future movie will be in theatres has just lately become publicly known. Therefore, the debut of the film Troll is going to take place on Netflix on Thursday, December 1st, 2022. The date is also listed on the brand new official poster that was just released.

According to Production Weekly issue 1261, filming on Netflix’s Troll began in September 2021. The post-production phase began after filming wrapped up on December 12th, 2021. The majority of the filming took place in Oslo, Norway.

Major Casts And Characters Of The Film Troll

There isn’t a lot of information available about the film’s cast yet. However, the following cast members are known to be appearing in this upcoming horror movie:

Troll will introduce a monster into our reality and depict what would occur if we were assaulted by an incredible enemy, following the well-known format of a classic creature film.

After the mountains begin to move and begin to threaten to flatten entire cities with the power of their colossal arms, some unfortunate researchers will, unfortunately, have to face a very real creature.

In order to stop the Troll’s rampage before it reaches the Norwegian capital, the soldiers and scientists are followed throughout the film as they search for clues in old fairy tales.

The poster provides a close-up view of the Troll’s face, whereas the initial teaser just provided us a brief glance of the giant. The ability of the main monster to trap the audience determines whether or not a creature’s feature succeeds. And based on what we’ve seen so far, we can expect Troll to be one enjoyable experience after another.

Is There A Trailer For The Film?

Yes, the movie’s trailer has already been made available. The official teaser for the film stated that the title Troll was based on a creature described in folk stories as being “made of earth and stones,” having “icy bones,” and having a “snowclad hearth.”

The Troll will also be susceptible to the Sun’s rays, which will harden and freeze its body if it is left out in the sunlight for too long. See the movie’s trailer right below.

All About Roar Uthaug

Roar Uthaug is a well-known name in Norwegian cinema. In 2002, he received his diploma from the Norwegian Film School. The Martin Administration, Uthaug’s graduation film, is just the second student film from Norway to ever get an AMPAS nomination for a Student Academy Award.

Uthaug has directed numerous TV commercials for Norwegian TV as well as music videos while employed by the Norwegian production company Fantefilm.

In Norway, Fritt Vilt (Cold Prey), his first feature film, was released on October 13, 2006. The reboot of the movie series Tomb Raider, which was directed by Uthaug, was released on March 16, 2018.