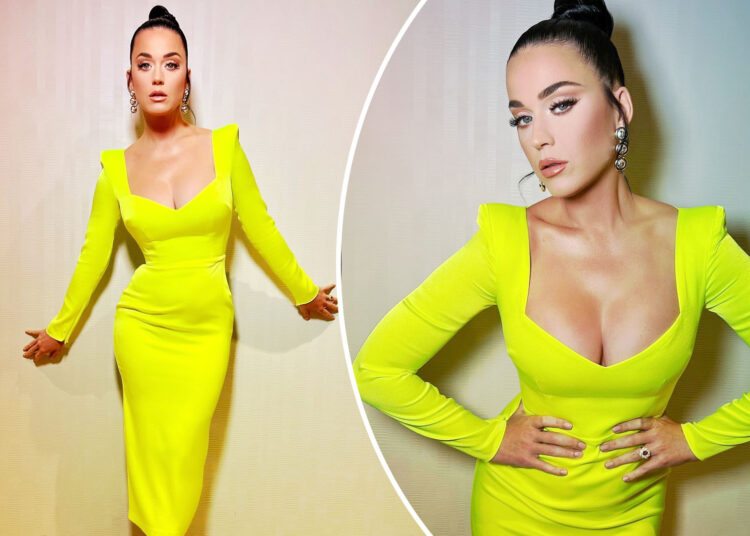 Katy Perry has given hints that she may begin work “soon” on a new album and emphasized the word “soon.”  The singer revealed her ideas for the follow-up album to 2020’s ‘Smile’ when she was a guest on The Drew Barrymore Show last night. Smile is her most recent studio album.

In reference to her residency at Play Las Vegas, which will continue at The Theatre at Resorts World until September 22, Katy Perry stated, “I’ll probably go and make another record soon and write it and tour the world after this, which will be so great.” Perry made these remarks while discussing her upcoming plans to compose new music.

The album will be the first new work Perry has released since appearing on Thomas Rhett’s single ‘Where We Started,’ a song that the two sang together on the season finale of American Idol.

Here is What more Katy Perry shared about her upcoming Albums.

In addition to discussing her desire to create a new album, Perry spoke up about the challenges she has in maintaining a healthy balance between her personal and professional lives.

She said, “I believe, clearly, there is an on-stage character.” “I think there is an on-stage persona.” I save a lot of that energy for when I’m performing; when I’m there, I turn it up to eleven. This performance that I’m putting on for others is really dear to my heart. It’s not only my favorite program, but it also brings me the greatest happiness.

Meanwhile, Perry has only just been successful in her copyright appeal for her record “Dark Horse,” which was lodged against rapper Flames for his song “Joyful Noise.”

After a legal battle that lasted for eight years, Katy Perry was found not guilty of infringing on anyone’s intellectual property. In the end, the federal courts refused to reinstate the original $2.8 million verdict against Perry, and the judge who presided over the case overturned the verdict against Perry in 2020.

American singer-songwriter Katheryn Elizabeth Hudson, better known by her stage name Katy Perry, was born on October 25, 1984. She is renowned for having an impact on mainstream music in the 2010s.

Later, she took on the stage name “Katy Perry,” derived from her mother’s maiden name. Perry signed a recording deal with Capitol Records in April 2007 after being released by Columbia Records.