Just after a few days of announcing the pregnancy, Adam Levine was surrounded by allegations by many women! 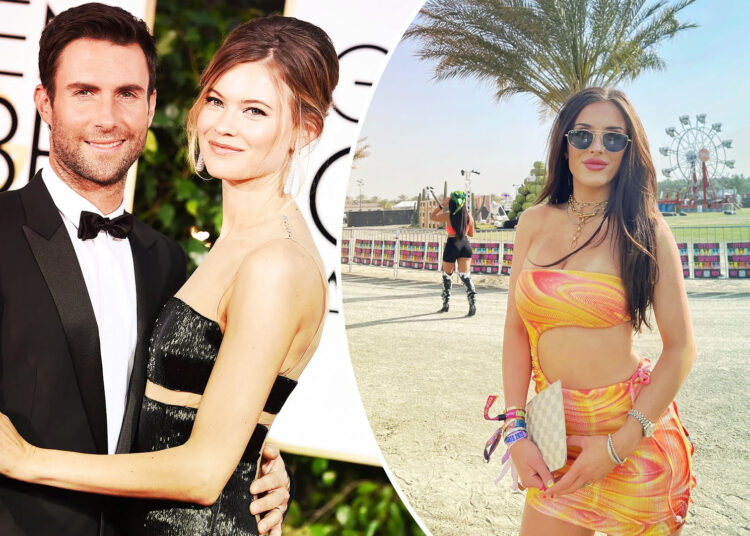 Recently Adam Levine and his Wife Behati Prinsloo were seen picking up their kids from school, and they both seemed happy together, which means his wife is also not believing any rumors.

It is very obvious for celebrities to get surrounded by certain rumors that may not be true but have affected their lives. Whether it is related to that career or the perfect love life they are enjoying everything has become quite a nightmare due to certain allegations.

If we talk about such things then right now a controversy is taking place related to Adam Levine. He is accused of flirting with many women and cheating on his wife Behati.

It was after a few days when Adam Levine and Behati announced the pregnancy. Soon a lot of news related to Adam Levine cheating on his wife and having affair with the model Sumner is going all over the internet. She has shared some of the inappropriate messages that have been sent by Adam to her.

For the same, a lot of women came forward and accused him of being flirty with them and sending inappropriate messages. At first, it was a comedian who posted some of the Instagram posts on 20 September 2022 which were related to some conversation she had with the singer.

She has shared a video that Adam Levine has sent her in which he has said he is stupid. All these allegations are coming back to back but it is still not clear whether these are true or not.

Following the comedian, another woman came forward and posted some of the direct messages that has been sent to her by Adam Levine. The message was inappropriate and created a lot of controversies. When it comes to this woman then she came forward as she felt bad for the pregnant wife Behati.

Coming to Adam Levine and his wife then they together have two children and the third one is on the way. And that is the reason why a lot of women are coming forward because they feel very bad for the wife and the coming baby.

Following all these things and other women came forward with the text that has been sent between 2007 to 2010 before his marriage with Behati. This woman also took to Instagram and has written a lot of acquisitions. She then said that Adam wanted to share a day with her n*ked.

Coming to the response of Behati then it is not clear. According to the sources, the couple is having a hard time relating to all the allegation that has been done against Adam Levine. And it was just after a few hours when the couple was seen together smiling while taking the two kids from school to home.