What series should you watch if you are waiting for the second season of 'Young Royals'to arrive? 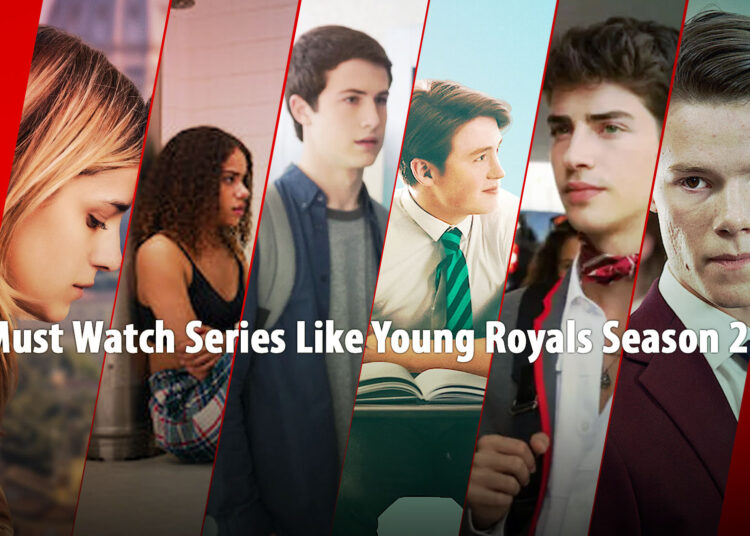 Swedish teen drama series Young Royals Season 2 is returning on Netflix this November. The plot of the series is set in Hillerska, a fictional elite boarding school.

The story revolves around a fictional prince of Sweden- Prince Wilhelm as he falls for a fellow student named Simon Eriksson. Lisa Ambjörn, Camilla Holter, and Lars Beckung have created the series.

Edvin Ryding plays the role of Prince Wilhelm aka Wille in the series with Omar Rudberg starring as Simon Eriksson. Other cast members of the series include Malte Gårdinger, Frida Argento, Nikita Uggla, Inti Zamora, etc.

The first season of the series was released on Netflix with six episodes. On September 22, 2021, Young Royals Season 2 was renewed.

Now there are a number of series that you will enjoy if you liked the first season of ‘Young Royals and are waiting for season 2 to come on the streaming site.

Also Read: Must Watch Series Like The Crown Season 5

This Spanish teen thriller series is created by Darío Madrona Carlos Montero. The plot is set in a fictional elite secondary school Las Encinas. Three working-class students, who have been admitted into the school through scholarship, are the main focus of the series. The series deals with how they spend their teenage lives amidst the wealthy students of the school.

This British romantic comedy series is a popular coming-of-age drama of the present time. It is an adaptation of the same named webcomic and graphic novel by Alice Oseman.

The plot of the series revolves around two high school boys Charlie Spring and Nick Nelson. Charlie is a gay schoolboy who sits next to a fellow classmate Nick Nelson as the two gradually fall in love.

The popular American teen drama series ’13 Reasons Why is based on Jay Asher’s same-named novel of 2007.

The plot of the series revolves around the suicide of a high school student Hannah Baker and the aftermath of the incident. Fellow student Clay Jensen finds a set of cassette tapes from Hannah Baker which are records of the reasons for her suicide.

Sarah Lampert’s American comedy-drama series ‘Ginny & Georgia’ is a popular series whose main theme is like that of ‘Gilmore Girls.

The plot of the series revolves around a fifteen years old daughter Ginny and a thirty years old mother Georgia. As Georgia settles down in a New England town with her daughter and son for arranging a better life for them, the drama begins to surround them.

Italian teen series ‘Baby‘ is inspired by the real-life story of two high school students of Rome who were involved in an underage prostitution ring. The incident happened in 2014 and was known as the Baby Squillo scandal.

On the other hand, Ludovica is in need of money. As Ludovica introduces Chiara to the world of underage prostitution, their lives become danger stricken. Chiara also starts a relationship with newcomer student Damiano but hides her secret.

There are you must watch if you like Young Royals Season 2.