Zendaya And Tom Holland Were Seen On A Date In Budapest!

Zendaya and Tom Holland were seen together as they were spending time in Budapest! 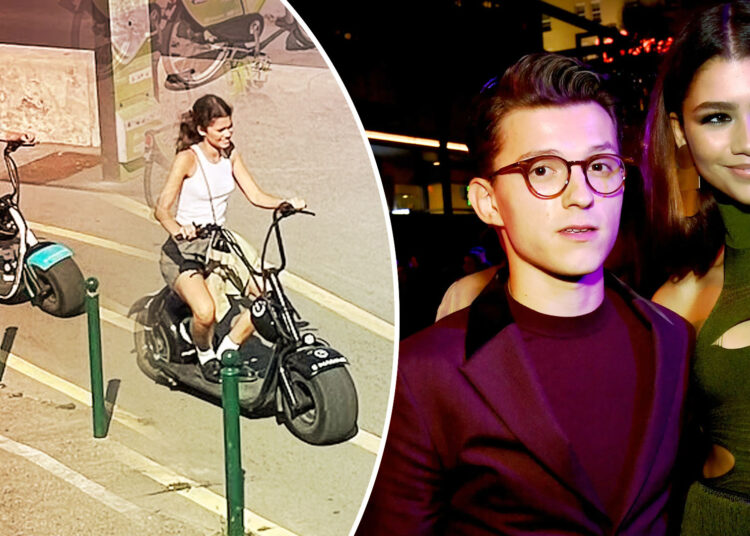 Zendaya and Tom Holland Were Spotted On A Date in Budapest. There are a lot of celebrity couples in Hollywood that are enjoying their best time together in different countries.

Whether it is related to spending time on the honeymoon phase or it is just a normal date or trip, our celebrity knows how to maintain their time and manage it for their partner.

Something like this was seen with a lot of couples who are seen having their best time in different places. Among them are Zendaya and Tom Holland who were seen on a romantic scooter ride.

The most lovable couple in Hollywood that is Tom Holland and Zendaya are right now in love with each other and they are proving it. By setting a lot of relationship goals for others, the couple was seen doing some romance in Budapest.

The 25-year-old actress was with her costar who is 26 years old as they both were riding on scooters. They were there to take some sight of the capital city called Hungary on 26 August.

Here you can check out the pictures of Zendaya And Tom Holland.

Zendaya was seen in her casual look with a white tank top and grey shots. When it comes to Tom Holland then he was wearing a striped shirt and black shorts to maintain his look. This couple is private and doesn’t want to give much attention to people and the media but still, their love is always in talk.

They were looking very fabulous in very grounded attire. It was recently when the couple was seen in New York City and they were joined by the younger brother of Tom Holland, that is Harry Holland who is 23 years old. All these three were heading towards the restaurant with all smiles and enjoying their meal together.

Zendaya and Tom Holland are great friends before being partners. They were rumored to be in a relationship since the very first movie of Spider-Man they signed. It was back in 2017 when a couple has given a bit of fire to their relationship. Their relationship became official in 2021 when they both were seen kissing each other in Los Angeles.

These photographs of the actors have given a lot of great shock to fans. It was very obvious to see that something was cooking between these two for a long time. It is not confirmed when they started dating each other but they are going fine with it. It can be seen when they both live some flirty comments on each other social media posts.

They also support each other in their works and it can be seen when Tom Holland visited the set of Euphoria where Zendaya was the lead. He has visited the set at least 30 times.