Grayson Maxwell Gurnsey, that is our Ricky will not be returning in Virgin River Season 5. Confirmed! 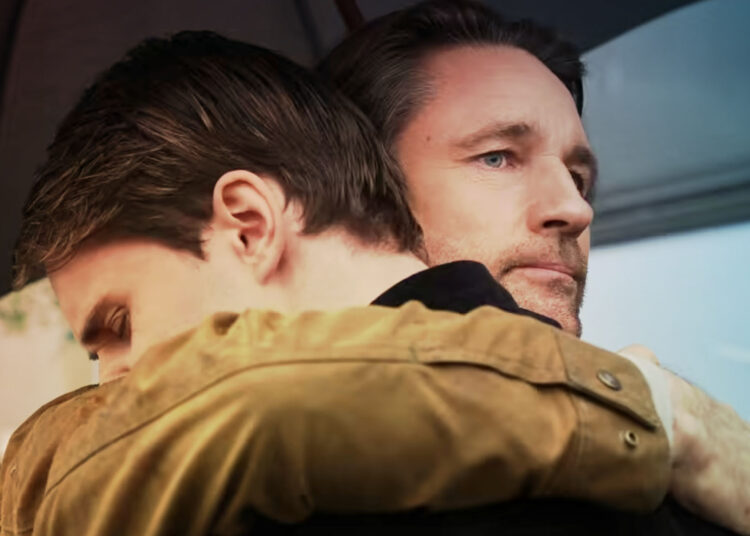 Grayson Maxwell Gurnsey, who portrays Ricky in the hit Netflix series Virgin River, has stated that his character will not return for season 5.

As of season 4, Fans witnessed Ricky bidding an emotional farewell to his friend and boss Jack, played by Martin Henderson, at the end of season four, after deciding to leave the little Californian town to join the Army.

In discussing the character’s future in the show, the 21-year-old actor stated: “I’m not returning for season five, but I don’t believe that means I’ll never return.

“I believe these events will…depending on how things unfold, as Ricky plays a semi-important part in the novels.”

“It may actually vary,” he remarked in an interview, “but he needs to move out of the way so other characters can develop.”

Fans need not be concerned, as Grayson has voiced his desire for Ricky to return later in the season. “So he won’t be in season five, but maybe in season six or seven. I’m always delighted to return, “He stated.

“I enjoy the show and I love these people.”

What Grayson Maxwell Gurnsey, Says About His Exit From Virgin River Season 5?

For those who were unaware prior to the actor’s announcement, there have been whispers that the show will lose a resident when it returns for its fifth season next year.

Martin Henderson suggested that a significant character would depart the show permanently in the forthcoming episodes. In an interview with Glamour, the actor who plays the show’s gorgeous marine-turned-barkeep Jack Sheridan revealed this significant hint regarding the show’s future.

Following Ricky’s departure, fans were left feeling heartbroken and worried about his future on the show. Many others rushed to Twitter to express their grief. Someone wrote: “I’m weeping because Jack is sending Ricky away,” one person said, while another added, “Awwwww I want Ricky to come back.” It’s unfortunate since he clearly did not want to leave his home and family.”

While fans were quick to speculate about Ricky’s homecoming, One fan anticipated Ricky’s return on Twitter, saying, “PREDICTION: Ricky is going to come back from fundamentals a super ripped marine and Lizzie is going to be all over it!”

Another voiced worry for Ricky’s safety while he was out of town, stating, “Swear to God, if anything happens to Ricky on #VirginRiver, I am coming for those writers.”

During an interview, Martin also hinted at the following season’s narrative. When asked what season five would involve, he confirmed that Mel’s pregnancy will remain a major plotline on the show, adding, “The baby stuff becomes extremely intriguing.”