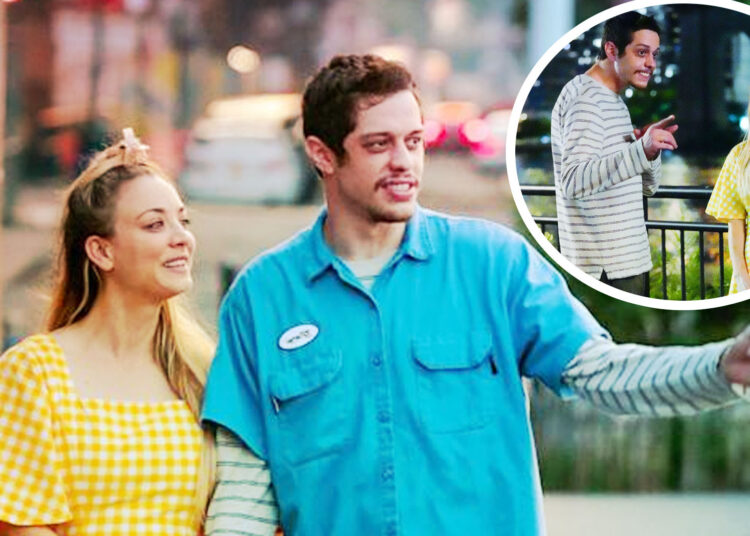 The movie “Meet Cute,” which takes its name from a well-known rom-com cliche and centers on Gary, is centered on Sheila (Cuoco), a woman who uses a time machine to recreate their first encounter to set up a blind date with Gary.

Sheila does this to set Gary up on a date with another woman. One report claims that “Meet Cute” comes from a cliché often used in romantic comedies.

However, after the beautiful night that Sheila and Gary spent together, Sheila finds that Gary does not live up to her expectations of him in the following days. As a result, Sheila decides to travel even further in time to mold Gary into the person she imagines becoming her ideal partner.

Alex Lehmann, who was also the director of the movies “Acidman,” “Paddleton,” and “Blue Jay,” helmed the production of the film “Meet Cute.” The production firm in charge of creating the film was called Weed Road Pictures.

“I would find myself in a difficult position if I had access to a time machine right at this very now. Do I want to go back in time and recall how much fun it was to create this movie, or do I want to fast-forward to the day when it will finally be released?

It is not up to me to decide, which is a fortunate turn of events on my part “Lehmann expressed his thoughts in a statement. “I can’t wait for fans to be whisked away on this whirlwind of a love trip that will only be accessible on Peacock,” she said. “Peacock will be the only place where viewers can experience it.”

We are pleased to add Meet Cute to our slate of Peacock original movies this Fall,” said Val Boreland, Executive Vice President of Content Acquisition for NBCUniversal Entertainment, Television, and Streaming. “NBCUniversal owns the Peacock” brand of movies.

The movie was produced by Akiva Goldsman, Rachel Reznick Wizenberg, Gregory Lessans, Santosh Govindaraju, and Dan Reardon. Noga Pnueli is credited with creating the script for the film.