Pete Davidson was seen sitting on the bench as he was shooting in Australia after his break-up! 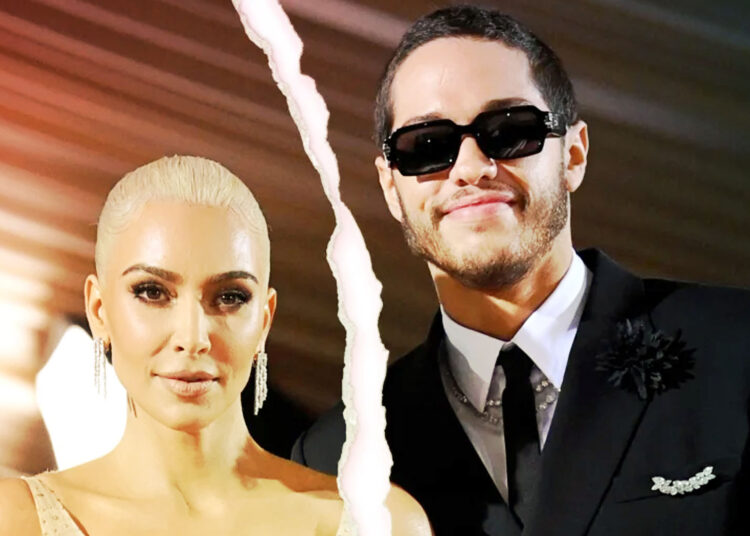 Have you ever thought that Kim Kardashian and Pete Davidson will be breaking up, as they were so in love and next moment get to know that they have broken up? So what do you love comes with an expiry date or so?

Being strong and working on is the best thing that any person can do after having a bad time. The same happens with a lot of celebrities who are dealing with a lot of things in their life.

Whether it is related to having just casual low time or related to facing a breakup. They never fail to maintain their work after themselves. Something like this was seen when we spotted the set Pete Davidson on the set of Wizard for the first time after his break-up with Kim Kardashian.

Pete Davidson is standing strong and Shooting for his upcoming project after his Break-up with Kim Kardashian.

Pete Davidson was totally in the mood of having a perfect distraction after his break-up with Kim Kardashian. He was seen sitting on a park bench from the set of Wizards where he was shooting for the crew and production in Australia. It was just a few days ago when the breakup of Kim Kardashian and Davidson got confirmed.

He was seen wearing a t-shirt while reading some lines from the script. He was seen playing basketball in Australia with the other members of the production house. Pete Davidson was wearing shorts and when shirtless as he was showing off his all tattoos that also include Kim Kardashian and the initial names of her kids.

The couple got separated after 9 great months of dating. They were going very strong and even wanted to build a family together. Their future was also bright and it can be seen through some of the family members’ and friends’ comments. The reason for their breakup is still unknown and it has not been confirmed by either Kim Kardashian or Davidson.

Coming to Kim Kardashian after a break-up then she is quite relaxed and doesn’t care about the world. The same is happening with Davidson who is feeling very relaxed while shooting for the Wizard and was chilling between the sorts. He has spent a few days with Orlando Bloom and made a good relationship with the crew members. Everyone on the set is liking him as he wants to have fun not just while acting but also when he is off the camera.

If Pete Davidson is not playing or hanging out with crew members then he tried to listen to some music. Coming to his relationship that started in October 2021 then it all started when Kim Kardashian hosted one of the episodes of Saturday Night Live. The couple also went on a lot of trips, like that to the Bahamas and even Kim Kardashian join him in Australia.

The couple went official through one of their Instagram posts of Kim Kardashian. They also appeared on the red carpet of the Met Gala 2022. After meeting at the Gala, the couple has given back-to-back appearances, either they are going to attend some events or have a romantic dinner date.