The character of John Nolan, a recently divorced guy from Pennsylvania, serves as the protagonist of the police procedural television show titled "The Rookie," which was developed by Alexi Hawley. 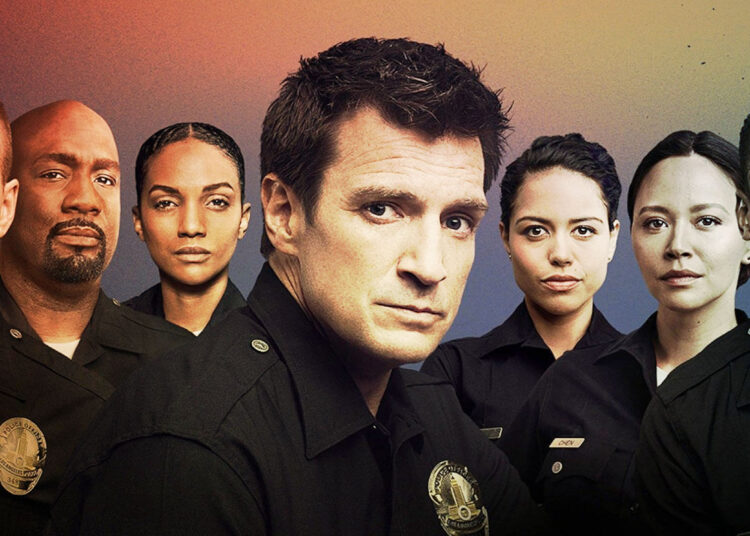 When will The Rookie Season 5 release, who’ll be in the cast members, and more? Let’s find out the details. The character of John Nolan, a recently divorced guy from Pennsylvania, serves as the protagonist of the police procedural television show titled “The Rookie,” which was developed by Alexi Hawley.

John, a forty-year-old who assisted the police during a bank heist, makes the decision to enter the law enforcement field. He relocates to Los Angeles in order to join the LAPD, one of the few agencies that would accept him, given his older years. John encounters many difficulties and risky circumstances as he makes his way through life as a rookie police officer in the LAPD.

Due to its original premise and stellar cast, the series has a big fan base. The show’s popularity has only grown since its October 16, 2018, premiere.

Most viewers appreciated the series’ straightforward yet suspenseful structure, despite some viewers finding the plot to be a little repetitive as the episodes carried on. Following the conclusion of the show’s fourth season in May, viewers are eager to find out what comes next in John’s life.

If you have been wondering whether or not the police procedural would be renewed for a fifth season and when it will get released, the following information should answer all of your questions.

No, The Rookie season 5 won’t be released in August. September is the month in which it will be made available to stream. The Rookie will return for Season 5 on ABC.

ABC made the official announcement of the series renewal in the month of March of this year. Additionally, “The Rookie’s” fifth season is slated to premiere on September 25, 2022. More than 180 nations and territories have granted licenses for The Rookie.

Nathan Fillion will return to the program for its fifth season in the role of John Nolan.

We anticipate that Alyssa Diaz will re-join him as the LAPD detective Angela Lopez.

Along with Richard T. Jones, who could reprise his role as Sergeant Wade Grey, Melissa O’Neil, who played Officer Lucy Chen, and Eric Winter (Sergeant Tim Bradford) are also possibilities.

Mekia Cox, who plays Nyla Harper, and Shawn Ashmore, who plays Wesley Evers are two additional characters that might return in the forthcoming version. Fans may look forward to seeing some new actors join the cast of the highly anticipated fifth edition of the series.

John establishes himself within the LAPD in the fourth season of the show. After becoming a training officer, John visits a quiet border town in the season finale to instruct novice police.

Officer Lucy Chen and Sergeant Tim Bradford go undercover to look into a drug trafficking case in the meanwhile. Both of these incidents will undoubtedly have a significant influence on the season 5 plot.

John is in uncharted territory in his new role, as this is his very first training assignment. The outcome of the work will have an effect on both his professional development and self-confidence.

Remember the risky task Bradford and Chen have taken on? It might result in the exciting events that the show is known for. Whatever the situation, we are confident that the fifth season of the police drama will keep viewers interested.

Is The Rookie Based On A Real Story?

Yes, the events depicted in ‘The Rookie’ are based on actual events. William Norcross, who serves as both the show’s executive producer and John Nolan in real life, is still employed with the Los Angeles Police Department.

At the age of 44, Norcross made the decision to leave his family’s printing company in Pennsylvania and pursue his dream job as a police officer in Los Angeles.

Not only does “The Rookie” draw inspiration from Norcross, but also from other recent political occurrences. As a result, “The Rookie” is a show that is both based on a factual story, and that is continually changing to reflect current socio-political trends.

Where Can You Stream?

You can presently watch The Rookie on Hulu Plus, fuboTV, and Lifetime. The series is also available for rent or purchase on iTunes, Amazon Prime Video, Google Play, and Vudu, where customers can choose from a wide range of membership options.

Additionally, the show is only available to watch on the official ABC website, where the episodes are posted after they air during the channel’s 10:00/9:00c time period.

It is still a little bit too early to release a trailer for season 5. On the other hand, we anticipate that as the day of the premiere draws nearer, the trailer will become available. You can view the season 4 trailer below until then: