'9-1-1' Season 6: New Season of the Popular Procedural Drama and Its Cast Members 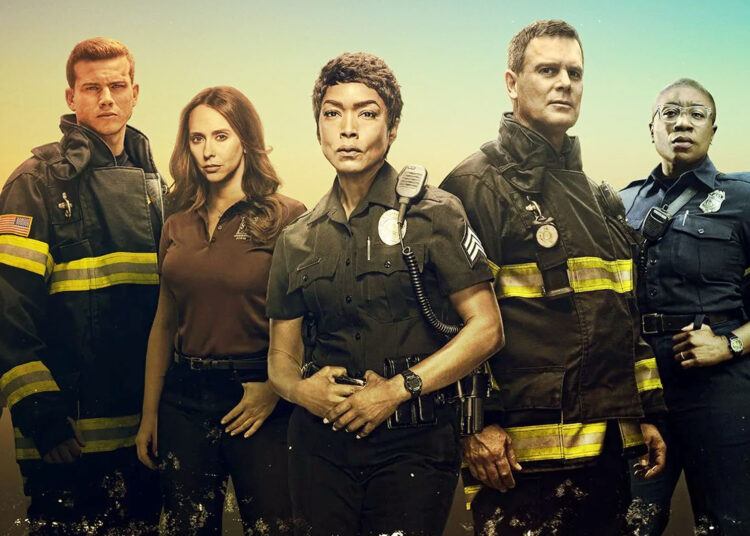 Ryan Murphy, Tim Minear, and Brad Falchuk have created the American procedural tv series 9-1-1′ which is returning in September this year with its season 6. 20th Television produced this series along with Falchuk, Murphy, Bradley Buecker, and Minear as executive producers.

The plot of the series revolves around the personal and professional lives of Los Angeles first responders who include paramedics, police officers, dispatchers, and firefighters.

Now we will see what the previous films and tv series of the cast members are.

Robert Nash or Bobby, who is the LAFD Station 118 captain, is played by American actor Peter Krause in the series. He played various regular roles in the 1990 comedy anthology series ‘Carol & Company.

In the 2006 sci-fi miniseries ‘The Lost Room’ he played the main character Detective Joe Miller. Kraus portrayed Nick George in the primetime tv series ‘Dirty Sexy Money’ from 2007 to 2009 and also served as producer of thirteen episodes. In the role of main character Adam Braverman, he was cast in the family comedy series ‘Parenthood’ from 2010 to 2015.

The films in which Bassett starred are such as ‘Innocent Blood’, ‘Malcolm X’, ‘Panther’, ‘Vampire in Brooklyn’, ‘How Stella Got Her Groove Back, ‘Sunshine State, ‘Akeelah and the Bee’, ‘Gospel Hill’, ‘Nothing But the Truth, ‘Green Lantern’, ‘White Bird in a Blizzard, ‘Black Panther, ‘Gunpowder Milkshake’ etc.

She will be seen starring in the upcoming films Black Panther: Wakanda Forever and ‘Damsel’. Bassett won an Academy Award nomination, seven Primetime Emmy Awards nominations and a Golden Globe Award, and a Screen Actors Guild Award along with seven NAACP Image Awards.

Playing Evan Buckley or Buck, who is a firefighter, British actor Oliver Stark stars in the series. He regularly played Ryder in the tv series ‘Into the Badlands’ from 2015 to 2017.

Other than that, Stark starred in the films The Adventurer: Curse of the Midas Box’, ‘Hard Tide’, ‘Underworld: Blood Wars, ‘MindGamers’ etc.

The films in which Hinds was cast are ‘Assault on Precinct 13’, ‘Mr. Brooks’, ‘Madea Goes to Jail’, ‘The Next Three Days, ‘Beyond the Lights, ‘Runaway Island’, ‘Godzilla: King of the Monsters, etc.

In the role of paramedic and firefighter Howard Han who is referred to as Howie and also Chimney, we see American actor Kenneth Choi.

He appeared in the films Papi Chulo’, ‘Armed’, ‘Backtrace’, ‘Windows on the World’, ‘Cleansing Hour’ etc.