The show debuted on January 3, 2018. 9-1-1 is a co-production of Reamworks, Brad Falchuk Teley-Vision, and Ryan Murphy Television, with 20th Television. 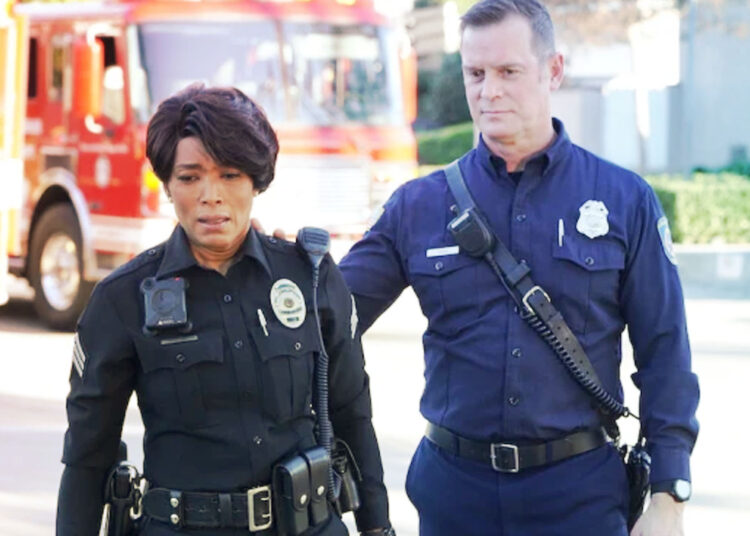 9-1-1 season 6: 911 has always had us hooked when it comes to intense dramas. Something strange is going on, whether it’s spiders, full moon antics, or downed planes.

With the fall season rapidly approaching, we’re eager to see what Bobby and his team have in store. Continue reading the article to find out more about the upcoming season.

The show debuted on January 3, 2018. 9-1-1 is a co-production of Reamworks, Brad Falchuk Teley-Vision, and Ryan Murphy Television, with 20th Television. Fox renewed the series for a third season in March 2019, which premiered on September 23, 2019.

The first promo for the season is out, but it doesn’t reveal much about what to expect. It begins by examining some of the previous seasons’ major events, such as the plane crash and the tsunami.

Then, at the end, we see people in a football stadium with a huge shadow over the top. It appears that a blimp is coming down in the football stadium, implying that it is the season’s main event.

After a tumultuous six months apart due to Maddie’s postpartum depression, Maddie and Chimney may rekindle their love in season 6. Buck, now that he is single, may find another love interest or revert to his former womanizer ways, but this is unlikely given how much he has matured over the previous seasons.

There’s also room for Connie Britton to reprise her role as Buck’s original love interest, Abby. Season 6 will undoubtedly feature Hen and Chimney as they recover from the ordeal, which Bobby, their captain, blamed himself for.

As a result, he turned to alcohol for comfort, but after hearing from Eddie, who returned to the 118 in the finale, Bobby chose to look ahead and surprise Athena with their long-awaited honeymoon.

We don’t yet have a season 6 synopsis from Fox, but we do know that the entire team was reunited after the season 5 drama sent shockwaves through Station 118.

9-1-1 is set in Los Angeles and follows a variety of high-pressure situations that the city’s first responders face. This includes those who work for the police, as firefighters, EMTs, and at the 9-1-1 dispatch center. Of course, we follow a specific group of characters while also delving into their personal lives.