Jennifer Lopez And Ben Affleck Were Seen Kissing Each Other!

After some days of distance, the couple met and embraced while kissing each other! 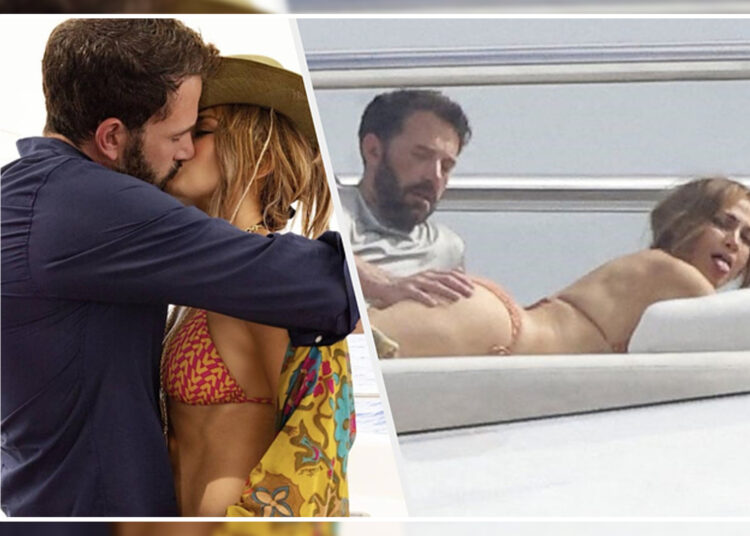 Jennifer Lopez And Ben Affleck Update: Love can never fade away in Hollywood. Whether it is related to a married couple or related to just being a partner to each other, love seems to be always in the air. We have seen a lot of couples getting married in the first half of 2022 and when it comes to their after-marriage life then it is going very well. Wherever they are going they definitely spread love to their environment. And it can be seen with the couple Jennifer Lopez and her husband Ben Affleck.

The couple finally reunited after some days in Santa Monica. And it feels so good for both of them when they shared a very romantic lunch date on 9 August. They were seen kissing each other and walking on the sidewalk by being hand in hand.

They got spotted embracing each other and having iced coffee from their favorite place. They have also gone for some yummy snacks and doughnuts with classic coffee. The 53-year-old singer was wearing a long sleeve that was wrapped around her arms. Ben was seen again in the casual look but with new romance.

Jennifer Lopez And Ben Affleck Were Seen Kissing Each Other!

The couple was seen kissing each other and embracing Each Other publicly. Jennifer Lopez was wearing high heels boots with sunglasses and holding a bag that was matching with her looks. Coming to Ben Affleck then he was wearing a grey t-shirt and blue jeans. He was seen looking into the eyes of Jennifer Lopez while kissing her on the lips.

It was not just them but also their children who accompanied them. This reunion came when Ben had to shoot for his movie that was going on in Los Angeles. When it comes to Jennifer Lopez then she was also busy and was seen leaving a dance studio.

Coming to their happy marriage then it has already happened on 17 July 2022. The couple married in a very private ceremony and celebrated their honeymoon time in Paris. Instead of going all alone, they have decided to take their kids to Paris and have spent some amazing times in different restaurants.

It was very clear for the couple to give respect to each other as well as to each other’s work. And that is the reason why they started their work soon after they got married. But whenever they get the time they try to reunite and share some romantic gesture.

It was recently when Ben Affleck was seen with his 10-year-old son whose name is Samuel. They both were twinning to each other’s looks and looked very casual.