The beautiful actress Mrunal Thakur has been showing off some amazing ethnic outfits lately. 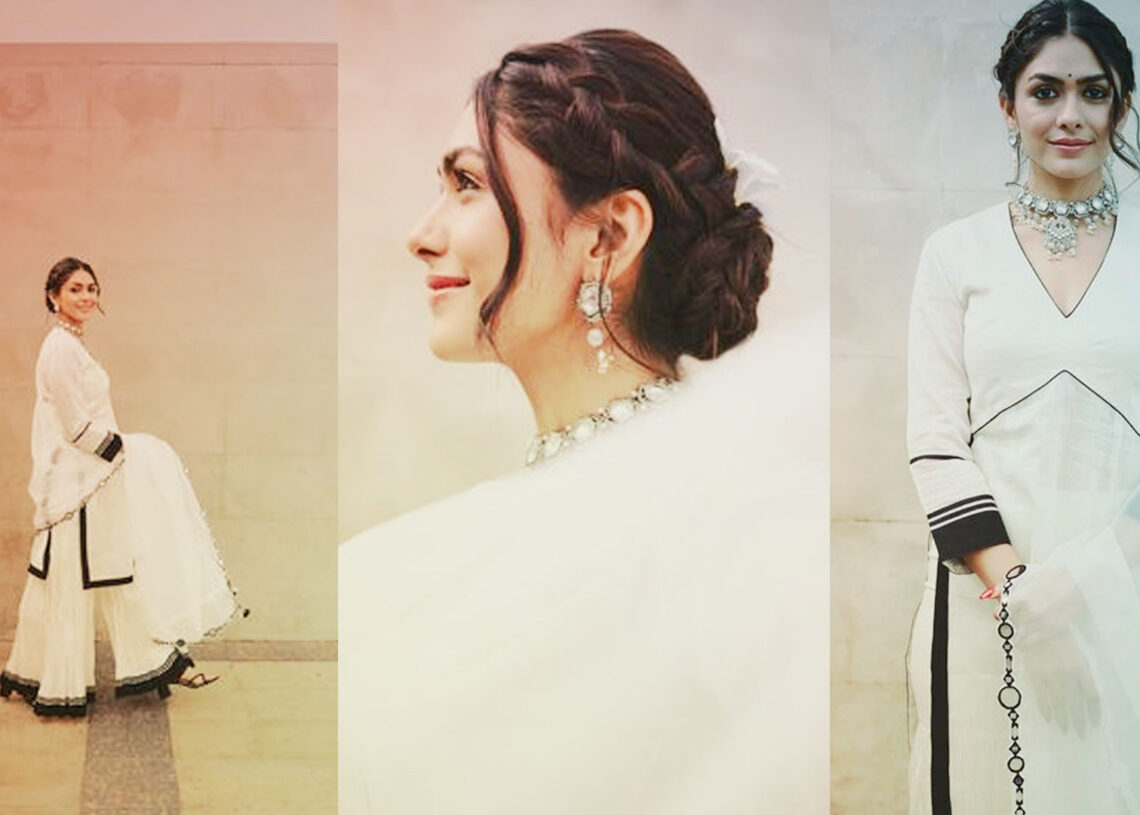 So finally on August 5, one of the most anticipated movies of the year was released, Sita Ramam starring Dalquer Salman and Mrunal Thakur and as of now, the film has received a great response from cinema fans.

The movie has collected over 22 crore rupees worldwide by the end of the day and considering the figures, we can say that the movie is doing quite well, it was made with a budget of 30 crores and it seems that the collections will cross the figure by day 4.

Meanwhile the lead actress of the film, Mrunal Thakur has been spreading some magic with her ethnic attire, the reason is simply that Mrunal wore ethnic attire in the majority part of the film so since the promotions of the film began, she has been showing us some really beautiful traditional outfits.

Recently she dropped a post in which she was wearing white long sleeves kurta with V-neckline and black borders, she paired the kurta with beautiful monochromatic shararas which gave her an elegant look, the sharara too had a black border and the outfit by Sureena Chowdhry is a thing of beauty at 25k INR.

For jewelry, Mrunal was wearing a set of silver necklace and earnings with stones carved in it by Minerali Store, hairstylist Deepali Dilip Deokar gave her middle split hairstyle with braids and a messy bun which was complimenting her look quite beautifully, Mrunal put on some eyeshadows and eyeliners with contoured cheeks and neutral lipstick shade, however it was the little black bindi which was cherry on cake.

Meanwhile, on the work front, Mrunal will next be seen in Umesha Shukla directorial, Aankh Micholi , Pippa alongside Ishan Khattar, Gumrah alongside Aditya Roy Kapoor, and Pooja Meri Jaan. She was last seen in Jersey which failed to impress the audience, so Mrunal will be looking for a good comeback film.