The Sita Ramam actress Mrunal Thakur had an amazing 2022 and she is signing off the year in style. 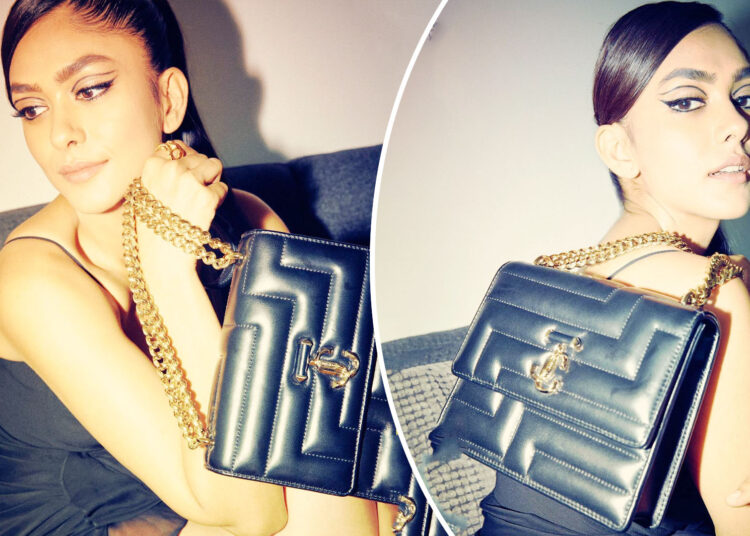 Mrunal Thakur is one actress who has made the best out of this year, the beautiful actress has delivered some amazing performances in different films this year.

Although Mrunal entered the year with a horrible start as she starred in the movie Jersey which failed to impress the audience.

Later in the year, she was featured in Sita Ramam which became a major hit and did amazingly well at the box office both in the South Indian belt as well the North Indian belt when it was released after being dubbed in Hindi, it was originally released in Telugu and as of now, it has collected over 100 crores at the box office.

Recently Mrunal also took to her social media and shared the joy with her fans of the success of her movie, Sita Ramam was declared the most popular film of the year on IMDB which is an amazing feat.

So, with such an amazing year, Mrunal has enough reasons to be happy and she is doing exactly the same.

Also Read: Avneet Kaur Is Soaring the Temperature In Abu Dhabi with a super hot outfit.

Here you can check out the recent post of Mrunal Thakur in Black Outfit.

Mrunal has over seven million followers on Instagram and she posts some really gorgeous photos on the social media platform in a recent post, the diva Mrunal Thakur dropped a bodacious photo in which she can be seen wearing a black dress with a plunging neckline which is from the shelves of designer Shehla Khan; she accessorized her outfit with a black handbag from the luxury brand Jimmy Choo.

Mrunal went for vibrant makeup which included mascara-laden lashes, nude lip color, and dark outlined mascara around the eyes; Mrunal looked absolutely breathtaking and hands down it was one of her most sensual avatars to date.

Meanwhile, on the work front, the diva has multiple interesting and big projects lined up for next year, and for this year she will next be seen in Pippa alongside Ishan Khattar, for the next year, she will be seen in Pooja Meri Jaan, Aankh Micholi and Gumraah.