Britney Spears shook a bit and showed off her abs in a pink top and white shorts! 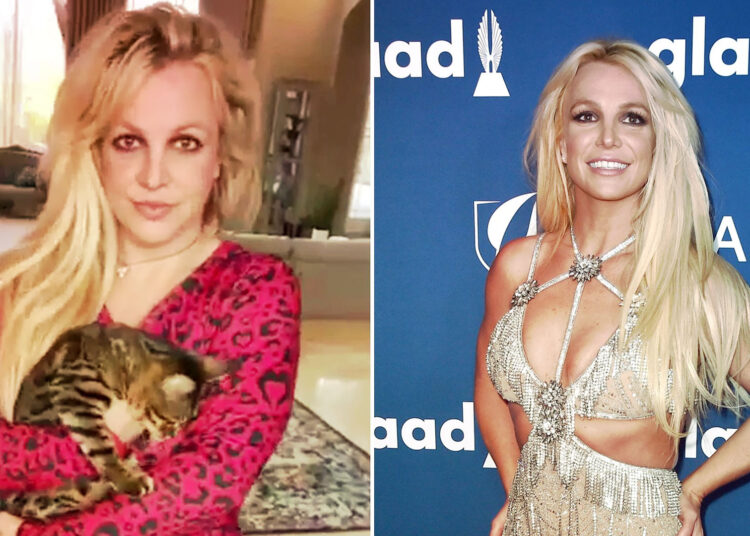 Britney Spears shared a video in which she has lost 5 pounds. Losing and gaining weight is something that has become not just a routine of life but also a work process. Talking about these things then we should talk about some of these celebrities who are acting as well as singing and have loose weight as well as gained weight.

When it comes to gaining weight then most of the time it is related to work but if we talk about losing it then sometimes it is work and sometimes it is a requirement of our own. Something like this was seen with Britney Spears who has lost 5 lbs.

Here you can check some of Briteny Spears’ latest posts

The 40-year-old singer Britney Spears is right now working very hard. It was on 6 August when the singer was seen in a pink crop top as well as blue shorts while she was working out. The singer was seen lifting weights and having a bottle of drink. She has shared all these things on Instagram by setting the hot song called Boys.

She was also seen shaking her hips side to side and flaunting her abs. At one point in time, Britney Spears was seen with her husband Sam. She was seen in a very happy mood while focusing on losing weight and sweating very hard.

Britney Spears has added more looks to herself with white sneakers and her blonde hair. Her messy bun was giving her the best feeling. She said that she is showing her body and sweating like crazy and that is the reason why she is proud to announce losing five pounds.

In the short video of Britney Spears, a lot of fans responded and commented to encourage the singer. A lot of fans said that I love when you do work out as your skin is very glowing. While other has motivated her by appreciating her song choice in the video.

It was just a few days ago when Britney Spears made headlines related to her husband. She said that she loves building her life with him. In the first pictures, she was seen in a black top while Sam was seen in grey. One of the pictures was from the same video she uploaded in which she was wearing a pink top and Sam was wearing a grey t-shirt.

Britney Spears has also uploaded a short video where she was posing differently while wearing a yellow crop top and white shorts. She has shown her favorite yellow shirt and her hair was seen half tied. Britney Spears recently got married to Sam and has expressed her love for him in a very sweet Instagram post.