Being apart from Jennifer Lopez, Ben Affleck went with clean shaved for the shoot of Aquaman 2!! 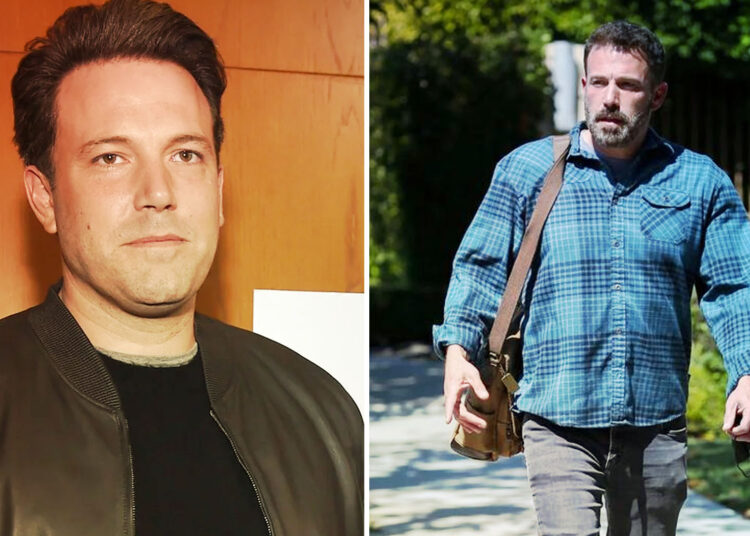 After His and Jeniffer Lopez’s honeymoon, Ben Affleck is seen clean-shaved, fans are assuming he has shaved his beard for Aquaman 2.

It is very much important for celebrities to maintain their look as they are public figures. Coming to any celebrity who was seen in a different look than they used to then we have quite a few names. Among them is the actor Ben Affleck.

The 50-year-old Ben Affleck was looking very stunning after changing his look. He recently changed his look according to the sunny weather that is going on in Los Angeles. He was seen getting photographed while walking in a parking area where he was wearing a button-down shirt as well as light blue jeans.

He was also seen with a black backpack and maintaining his overall look with white sneakers. He was carrying a can of coke in one of his hands and had shown a clean-shave look.

Also Read: Antman and the Wasp: Quantumania will introduce MODOK to MCU

After their honeymoon, Ben Affleck and Jennifer Lopez started focussing on their work.

This rare solo outing of Ben Affleck came after some weeks after his wedding. He is right now working in Los Angeles for his Aquaman 2. When it comes to his wife then Jennifer Lopez is right now in Europe and working.

The couple celebrated their honeymoon together in Italy for some weeks after their marriage.

According to some sources, the couple is going very strong with each other and they want to spend as much time as they can. The only thing that is making their relationship very unique and different from others is that they always try to know each other a lot. They also respect each other’s work and believe in spending a lot of time even if they are apart from each other.

It was said by the source of HollywoodLife that: “They are always talking, texting, FaceTiming, and even camming when they are apart working,” the source continued. “And the time that they spend away from each other makes reuniting again that much better. J.Lo loves the fact that she knows her husband will be there for her no matter what”

After their wedding, they went to Paris and spend a perfect time with their kids. They have enjoyed their time either boating or shopping or enjoying it at any restaurant.

When it comes to their career then the newly married couple is aware of the money-making process as well as the priority. Their understanding is perfect as they know they can’t always be together.

That is the reason why it matters most when they acknowledge each other hard work as well as respect. Getting apart from each other after the wedding is not a big deal as people think. Because for the couple it is part and partial of life.