From She-Hulk: Attorney at Law to Star Wars: Andor, here are the best TV series coming to Disney+ in August 2022. 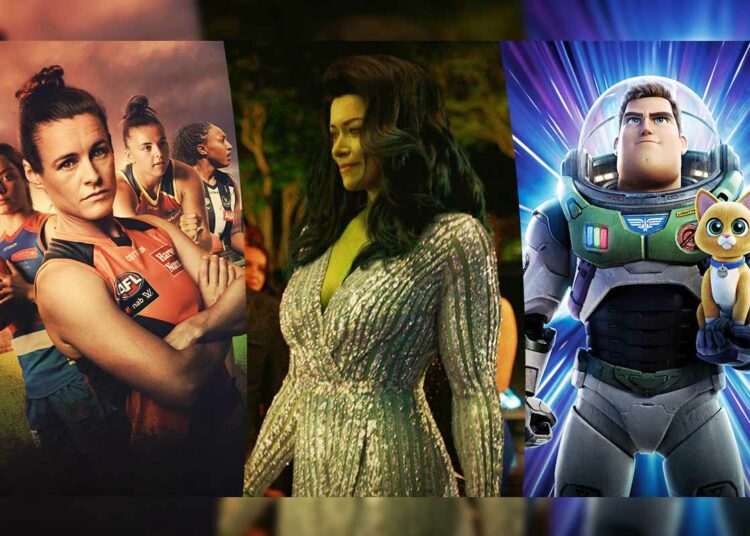 After a limited release of Marvel and Star Wars material on Disney Plus in July, the streaming platform is reversing course in August 2022. Both franchises will have new additions next month and the Rogue One new series Andor.

We’ll also see a collection of animated features called I Am Groot, and Tatiana Maslany will appear in She-Hulk: Attorney at Law as Bruce Banner’s cousin Jennifer Walters. Plus, beginning August 3rd, you could see Lightyear from the comfort of your home on Disney+

We’ve made a chronological list of new series to watch on Disney Plus, August 2022 edition.

This episode of ASSEMBLED leads us on a quest to realize a long-awaited worldwide phenomenon.

The show follows the lives of adolescent theatre aficionados who engage in a school play of High School Musical: The Musical, which is set in a fictitious version of East High School, the academy where the original film was produced.

Alice, the great-granddaughter of the legendary Alice Pleasance Liddell, is a teenage cake maker employed at the Wonderland Bakery in the story.

Molly McGee, a tween enthusiast, aspires to improve the world in a better way, to right wrongs, and spread pleasure. Nevertheless, Scratch, the cantankerous spirit, attempts to make the world a more dangerous place. When Scratch’s spell goes badly, he finds himself linked to Molly.

Finn has planned an unexpected vacation for his buddies onboard The Halcyon, a Galactic Starcruiser! When Finn is isolated from the gang, his plan soon unravels.

Get Set to sing also with your favorite Lion King 2019 music characters.

the one and only survivalist Bear Grylls takes it to another level by teaching his guest’s survival skills that they will have to master and then prove they can use in stressful situations.

As the highlight of the Walt Disney World Resort’s 50th-anniversary celebration, a summer competition special starring ZOMBIES stars tackling tasks at EPCOT in an epic experience.

Disney has confirmed that both “Father Of The Bride” films would be added to Disney+ on Friday, August 12, 2022.

She-Hulk: Attorney at Law,” Jennifer Walters (Tatiana Maslany) has to negotiate the challenging life of a young 30-something who appears to be a monstrous 6-foot-7-inch superhero hulk.

Marvel’s Spidey and His Amazing Friends, portrays Peter Parker, Gwen Stacy, and Miles Morales as they work together to battle villains and rescue the day.

Chibi depicts the travels of many Disney characters. Let’s see what Season has in store for us.

A magical animated series about a six-year-old girl, Doc McStuffins, who has the ability to talk to and heal toys and stuffed animals, and also Doc is celebrating its 10th anniversary.

A glimpse behind the scenes at Taronga Zoo Sydney, Australia’s largest zoo new season will be released on Disney+ soon.

The Andor show will take a fresh look at the Star Wars universe, focusing on Cassian Andor’s journey to learn how he can make a difference.

Series 2nd season of an aerial voyage around Europe that reveals things that aren’t always visible from the ground, only on Disney+

Now get a chance to Experience the breathtaking landscapes and majestic animals of eight U.S. National Parks only on Disney+

That is all we have for this month’s Disney+ lineup schedule.