Must Watch Series and Films on Disney+ in September 2022 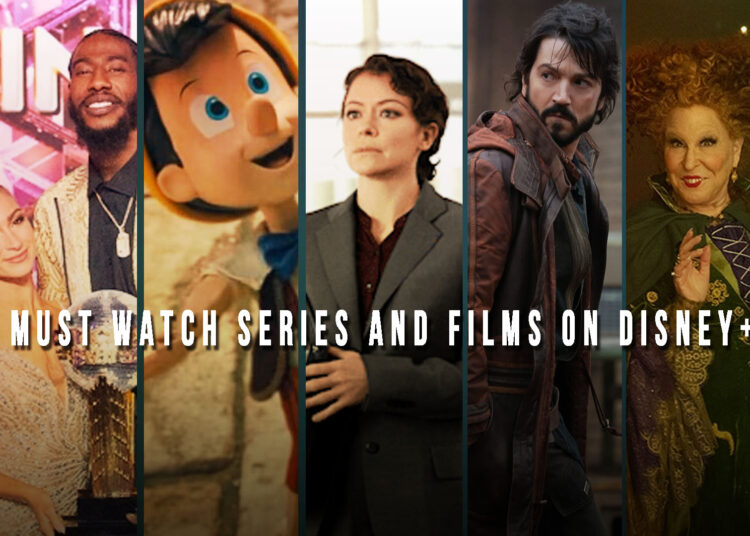 Disney + is one of the most important streaming sites to deliver a variety of tv shows and films. Though on Disney Plus the number of fantasy series is generally more than series of another genre.

Since the Marvel Cinematic Universe or MCU was merged with Disney Plus in 2009, almost all the Marvel films and tv series have been streaming on the site.

Adding to that list a new and much-anticipated series arrived on Disney this year on August 18 which is ‘She-Hulk: Attorney at Law. In September also some other new series and films are going to arrive on the site for us to stream. This article will list the must-watch items of Disney in the coming month.

Jessica Gao jas created this American tv miniseries that is based on the fictional superhero character She-Hulk from Marvel Comics. The series serves as a continuation of the other films of MCU and serves as the eighth tv series of the franchise.

A project about the character of She-Hulk was under planning long back in July of 1989 as in the 1990 made-for-television superhero movie ‘The Death of the Incredible Hulk’ the character was set to appear. But the character did not appear ultimately.

A TV Series about She-Hulk was also underway for ABC which again was canceled. In 1991 Larry Cohen was developing a movie centering on the character in which Danish actress Brigitte Nielsen was set to star in the titular character. Despite participating in a promotional photo shoot, the movie was again canceled.

Ultimately in August of 2019 ‘She-Hulk’ was announced to be developing for Disney+ by Marvel Studios.

The plot of the series revolves around a single woman named Jennifer Walters who is an attorney specializing in cases that involve superhumans and the cousin of Bruce Banner aka The Hulk.

In her 30s she becomes contaminated with Banner’s blood and herself turns out into a large six-foot-seven-inch green-hued powerful superhero. Canadian actress Tatiana Maslany portrays She-Hulk in the series.

Other cast members include Jameela Jamil, Ginger Gonzaga, Mark Ruffalo, Josh Segarra, Mark Linn-Baker, Tim Roth, etc. On September 1 the third episode of the first season of ‘She-Hulk’ will air with the next episodes following on weekly basis.

Also Read: She-Hulk Episode 3: When Will It Release and What we know

This upcoming American fantasy musical movie ‘Pinocchio’ is directed by Robert Zemeckis and is the live-action adaptation of the 1940 same named animated movie by Walt Disney that is based on Carlo Collodi’s 1883 book ‘The Adventures of Pinocchio’.

The movie centers upon the fictional character of the book Pinocchio which is a wooden puppet carved by Geppetto, a woodcarver who wishes to be a real boy.

Now after the Blue Fairy brings life to Pinocchio, he embarks upon the adventure of being a living boy. British child actor Benjamin Evan Ainsworth gives voice to the puppet Pinocchio.

Other cast members of the film are Tom Hanks playing the woodcarver Geppetto, Cynthia Erivo playing The Blue Fairy, Luke Evans, Giuseppe Battiston, etc. The film is set to premiere on Disney Plus on September 8, 2022.

Dancing with the Stars Season 31-

In the show, professional dancers and celebrities are paired to compete against each other by performing predetermined dances. On April 8, 2022, the series was announced to be moving to Disney+ from ABC. Now the 31st season will air on the streaming site on September 19.

The upcoming American tv series ‘Andor‘ has been created by Tony Gilroy for Disney+. The series serves as a prequel to the epic space opera movie of 2016 ‘Rogue One: A Star Wars Story which is a Star Wars spin-off.

The plot of the series is set five years before the incidents of the 2016 movie and follows the Rebel Alliance’s opposition to Galactic Empire. The story also revolves around a thief named Cassian Andor who eventually becomes a revolutionary and joins the Rebellion.

Mexican actor Diego Luna stars as Cassian Andor in the series. Two seasons of the series have already been announced both of which will have twelve episodes. Though it was previously supposed to premiere on August 31, it is now set to release on September 21, 2022, with the first three episodes.

Anne Fletcher has directed this upcoming fantasy comedy horror movie that is the sequel to the comedy horror film ‘Hocus Pocus’ which was released in 1993 and is set twenty years after the incidents of the original movie.

The plot revolves around three high school students who are determined to resist the rise of the Sanderson sisters as they have again returned to present-day Salem. The movie will be released on September 30, 2022, on Disney+.