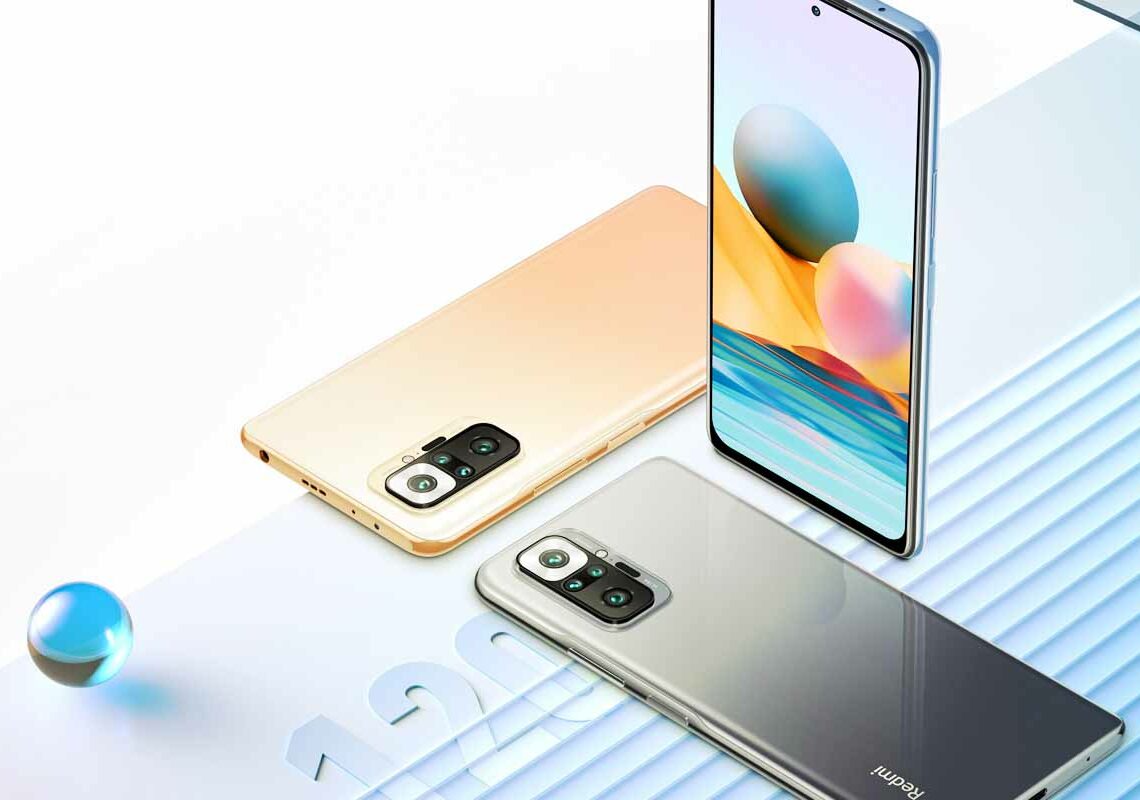 On March 4, 2021, the Redmi Note 10 Pro smartphone was released. The phone has a 6.67-inch touchscreen display. Gorilla Glass protects the display. The Redmi Note 10 Pro is powered by an octa-core Qualcomm Snapdragon 732G processor. In addition, it has 6GB and 8GB of RAM.

In terms of design, the Xiaomi Redmi Note 10 Pro gets off to a strong start. The 6.56 display dominates the front, with a thin bezel running all around. While the bottom edge is slightly wider, it is barely noticeable and does not appear as a prominent “chin,” as is often the case with low-cost handsets.

The fact that the sides of the Redmi Note 10 Pro are plastic rather than metal is the only obvious indication that it is a low-cost phone. We’ve mostly used the phone with the included case, and we like that you can’t tell the difference.

The Xiaomi Redmi Note 10 Pro also has the kind of chipset we’d expect from a phone in this price range. It’s the Snapdragon 732G, a mid-range processor with some gaming optimizations, essentially a faster graphics section.

Fortunately, the Xiaomi Poco X3 NFC has the same core specifications so we can expect near-identical performance. This is one of Qualcomm’s most recent mid-range chips, with decent performance but no 5G support to keep costs low.

Along with the high-resolution screen, the camera array distinguishes the Xiaomi Redmi Note 10 Pro from its competitors. A 108MP camera at this price point is unheard of and extremely rare.

Moreover, the Redmi Note 10 Pro’s macro has been meticulously designed. And the opportunity to use qualified superlatives about a $279 phone is remarkable in and of itself.

The Xiaomi Redmi Note 10 Pro has a 5,020mAh battery, a reasonably large capacity for such a low-cost phone. However, when you turn on the Redmi Note 10 Pro for the first time, it will default to its 60Hz display refresh rate, which is half its maximum.

Because higher refresh rates consume more power, this is likely to provide the best first impression of battery life.

Companies like Xiaomi typically achieve this level of battery life by enforcing strict controls over background processes. However, when these become too intrusive, they can become annoying, causing audio apps to close and notifications to be delayed. However, we saw nothing similar in the Redmi Note 10 Pro.