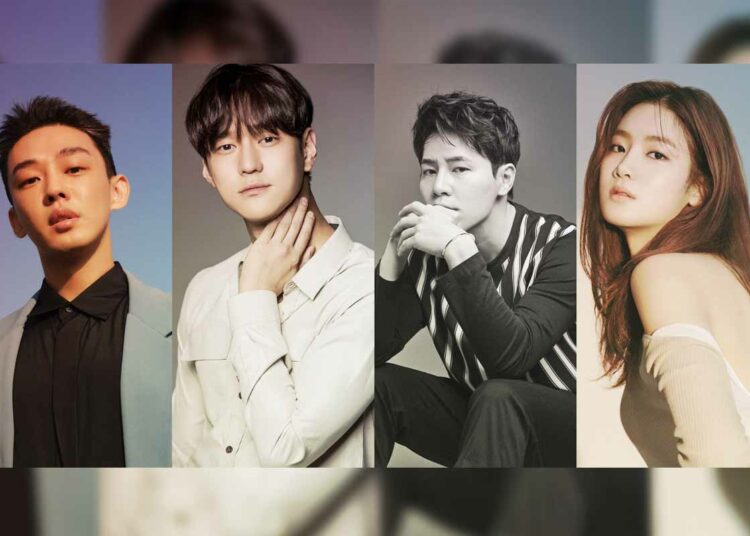 The upcoming South Korean movie ‘Seoul Vibe’ is an action film that Moon Hyun-sung has directed. The plot is set during the middle of the Seoul Olympic Games of the year of 1988.

It revolves around a brilliant crew of baby drivers who are referred to as the Sangedong Supreme team. A car chase occurs on Seoul’s streets as the team struggles to reveal the slush funds’ corruption.

The film was first planned for December of 2020. Filming took place in August of 2021 in Eurwang-dong, Jung-gu, Incheon. The series is set to release on August 26, 2022, on Netflix.

Other films and TV series in which Seoul Vibe stars have acted before are as follows:

Playing as the Sangedong Supreme investigative team’s leader Dong-wook, South Korean actor Yoo Ah-in stars in the series. Winner of a number of accolades and cast in a number of successful series and films, Ah-in starred in the K-drama Sharp’ from 2003 to 2007.

In 2008 he played Heuk-san in the historical series Strongest Chil Woo. The next year in K-drama ‘He Who Can’t’ Marry’ he starred as Park Hyun-kyu. As Moon Jae-shin, Ah-in was cast in the historical drama series ‘Sungkyunkwan Scandal’ in 2010.

In 2012 he played Kang Young-gul in K-drama Fashion King’. The next year he starred in the historical tv series ‘Jang Ok-jung, Living by Love’ as King Sukjong. In 2014 Ah-in co-starred with Kim Hee-ae in K-drama Secret Affair’.

The next year he starred as Yoo Jin-oh and Choi Kang-soo in the tv series Chicago Typewriter’ and ‘Strongest Deliveryman’ respectively.

In 2018 he played Kang In-gyu in K-drama Cross’ and as Lee Jung-hwan he starred in ‘Private Lives. The films in which Kyung-pyo acted are ‘Horror Stories 2’, ‘Man in High Heels’, ‘The Admiral: Roaring Currents, ‘Coin Locker Girl’, ‘The Treacherous’, ‘Seven Years of Night, ‘Decision to Leave’, ‘6/45’ etc.

He appeared as guest stars in ‘Guardian: The Lonely and Great God’, ‘Stranger’, ‘Tale of the Nine Tailed’, ‘Hospital Playlist’, ‘Racket Boys’, ‘And happiness’.

The films in which Kyu-hyung starred include ‘Castaway on the Moon, ‘The Face Reader’, ‘No Tears for the Dead, ‘My Dictator’, ‘You Call It Passion, ‘Seondal: The Man Who Sells the River, ‘Innocent Witness’, ‘Juror 8’, ‘Diva’ etc.

She starred in the tv series ‘Drama Stage- My Wife’s Bed’, ‘A Piece of Your Mind’, ‘Zombie Detective’, ‘Mouse’, ‘Love All Play’, ‘The Forbidden Marriage’ and the film ‘The Dude in Me’. Apart from ‘Seoul Vibe’ Ju-hyun will star in the upcoming films Silence’ and ‘Drive’.

The investigative team’s other member Joon-ki is played by South Korean actor and singer Ong Seong-wu.

He starred in the tv series ‘Master Key’, ‘Living Together in Empty Room’, ‘Law of the Jungle Sabah’ and season 2 of ‘Traveler’.

Seong-wu was also cast in the film 20th Century Girl’, ‘And life Is Beautiful.  He will be seen starring in the films ‘Jung’s Ranch’ and ‘Starlight Falls’.