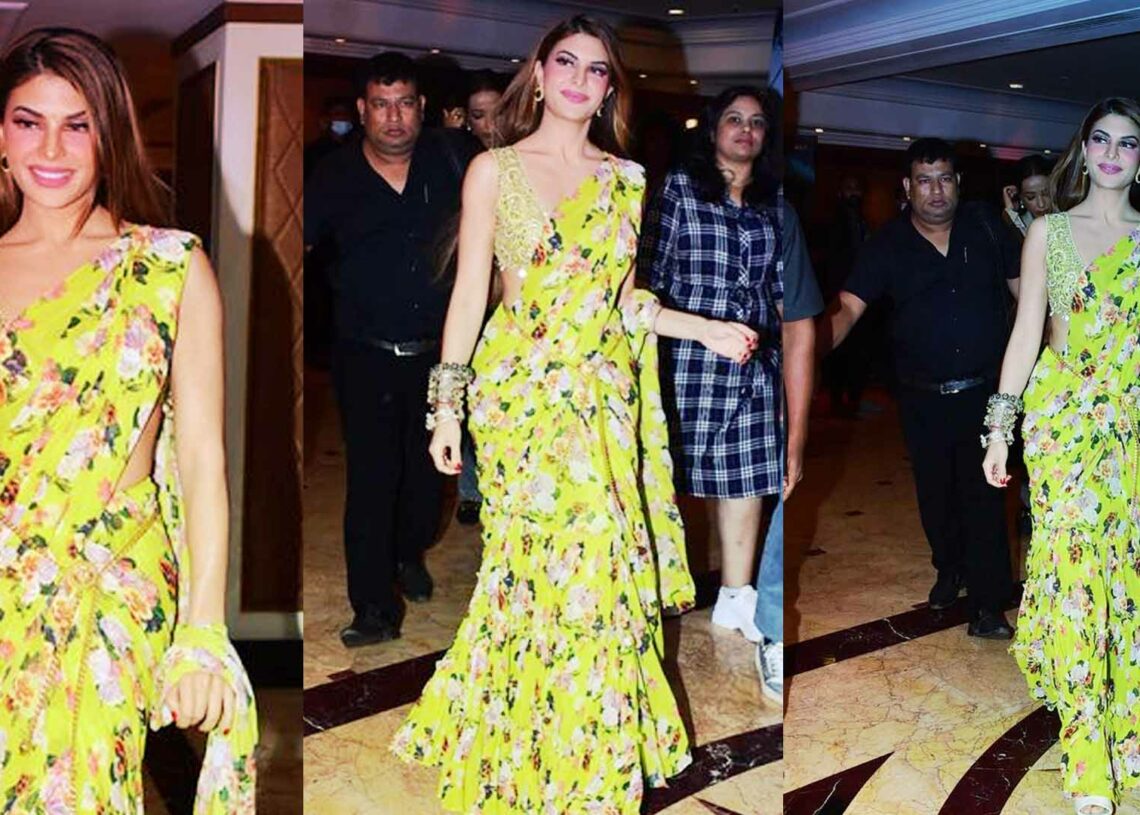 Jacqueline Fernandez is a show stopper and nobody can deny that the former miss universe Srilanka is one of the most popular actresses in the Bollywood industry, she is also among the top actress who has the highest social media fan following.

Jacqueline is known for lighting up any event where she is present and she had done that again, recently Jacqueline performed at the pre-release event of the upcoming Kannada film Vikrant Rona starring Kichcha Sudeepa, and Bollywood star Salman Khan was also present at the event.

It was the release of one of the most popular songs of the movie Ra Ra Rakkamma and the duo of Sudeepa and Jacqueline showed some amazing dance at the event.

Now, let us talk about Jacqueline’s amazing outfit, she was wearing a saree from the shelves of Prints by Radhika and it was one of a kind, a neon yellow saree with floral prints all over it and Jacqueline looked mesmerizing in it, the blouse was heavily embroidered with beads like moti, nakshi, sequins, and mirrors.

Jacqueline put on a dramatic style makeup that included pink lips, blushed cheeks, and mascara-laden lashes, and for accessories, she put on metal bangles and a ring waist belt, and her outfit was priced at a whopping 60k.

Jacqueline is carrying a lot of momentum going into the release of this film, recently Jacqueline gave shock waves on the Internet when her new Pepsi advertisement was launched in which she was looking absolutely hot and sexy, Jacqueline enjoys an Instagram following of over 62 million and hence major brands love to see her in their advertisement.

Now, on work from Jacqueline will next be seen in Vikrant Rona which is releasing on 28th and other projects include Ranveer Singh starrer Cirkus and Akshay Kumar starrer Ram Setu, she was last seen in Attack.