Who is Olivia Isabel Rodrigo’s Boyfriend?

Olivia is 19 years old and it seems that she is truly living her best life as a teenager and is in the top charts.

by Cheshta Goyal
Reading Time: 4 mins read
A A
1 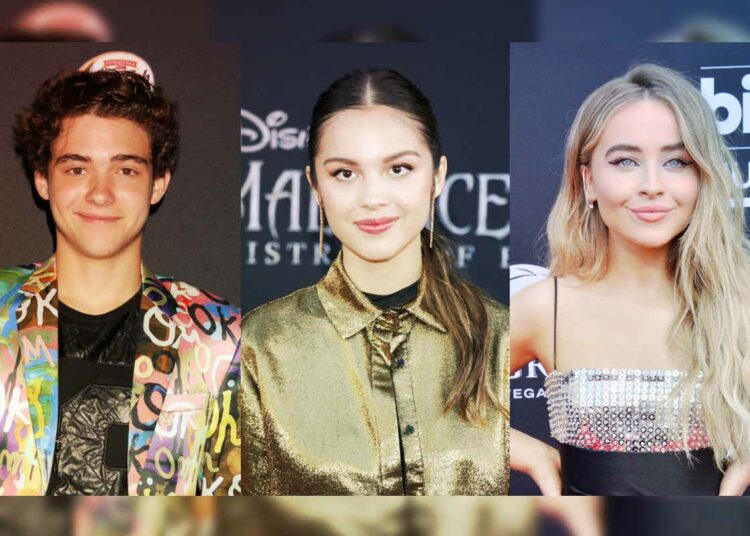 Olivia Isabel Rodrigo was born on 20th February 2003. She is an American singer and a songwriter. In addition to it, she is an actress. She gained recognition in the late 2010s with her lead roles on the Disney television programs.

Those were Bizaardvark and High School Musical: The Series. In addition to her other recognitions, she has won an American Music Award, seven Billboard Music Awards, and four MTV Video Music Awards. Time named her the 2021 Entertainer of the Year and Billboard named her Woman of the Year in 2022.

Olivia is only 19 years old, and it seems that she’s truly living her best life as a teenager at the top of the charts.

She soared into the international spotlight at the start of 2021 thanks to her debut single, and with great recognition on a song all about heartbreak comes to a lot of interest in her love life.

The ‘Drivers License’ hitmaker was rumored to be dating Joshua Bassett in 2020 after they became close while working on High School Musical: The Musical – The Series. Before that Olivia was in a relationship with fellow Disney star Ethan Wacker.

Who is Olivia Isabel Rodrigo dating anyone? Who are her ex-boyfriends?

Olivia is dating musician Zack Bia. He is 26 years old. As per our sources, they started knowing each other at the Super Bowl in February. The two were first spotted together on 25th April in New York City.

The shining star Olivia was in the Big Apple as part of her Sour Tour in New York City, where she held two headline concerts. But she also managed to arrange a time for a date with her rumored latest flame.

Mumbling about the pair began to air in March, with a source revealing to E! News that Olivia and Zack had started spending more time together. The talk started roughly a month after her breakup with producer Adam Faze.

The insider told the publication:

“[Zack] invited her to Super Bowl parties that he was DJing that weekend, and she went to support him. They hit it off and have been casually hanging out,”

In May, the fans began to question if Miss Rodrigo was dating TikTok star Vinnie Hacker.

The ‘SOUR’ songstress and video star were spotted on a night out in Los Angeles on May 25, sparking speculation that the young talents might be somewhat of an item.

On their party night, they were seen sharing a hug outside the Hollywood hotspot No Vacancy.

However, it appeared that these two were just hanging out as pals.

Over the summer of 2021, news began to whirr that Olivia is dating music producer, Adam Faze, ‘for a few months.

On 30th June, the couple attended the Space Jam 2 premiere party, where Olivia reportedly introduced Adam “as her boyfriend”. Her statement lead everyone to believe that the couple is now official!

They were also seen holding hands and looked very close in a video captured by a fan this summer.

Later in November, Page Six aired photos of the pair looking very loved up as they embraced in public. The talented pair were locking lips as they packed on the PDA on a day out in Los Angeles.

However, later, the reports of their break-up circulated in February 2022. The couple separated just seven months after they were first spotted together.

Some of the sources said, “they’ve been over for a bit now”.

Both Olivia and Joshua have stayed silent on whether they were ever actually dating, but after she released ‘Drivers License’ fans were adamant it was about HSMTHTS co-star Josh.

They met when they began filming the series in 2019. Playing on-screen as lovebirds Nini and Ricki, the two might really feel it.

As per the source, it was rumored that they had a brief relationship. But things ended in 2020  just after a few months.