I Am Groot Release Date, GoTG Characters, and More

I Am Groot: What other characters from Guardians of the Galaxy might appear? 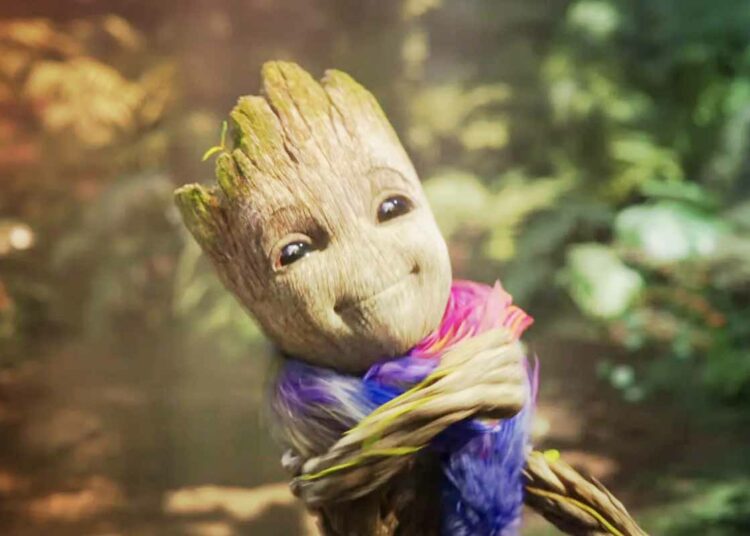 I Am Groot Release Date

I Am Groot is an American animated series of shorts based on the Marvel Comics character Groot, created by Ryan Little for the streaming service Disney Plus. So, it presents characters from the Marvel Cinematic Universe (MCU). The series is created by Marvel Studios, with Little as head writer and Kirsten Lepore directing.

I Am Groot is set to release on Disney+ on August 10, 2022, as part of Phase Four of the Marvel Cinematic Universe. Five more shorts are in the works.

I Am Groot will see the titular tree go on family-friendly adventures away from his Guardians of the Galaxy pals.

However, the trailer for the upcoming series hints at the series’ playful tone, with Groot being met by a hostile group of aliens. Looks chic in a knitted scarf and even cuts some shapes on the dance floor in one order.

“I am Groot” will follow Baby Groot on his adventures across the galaxy away from the Guardians, where he meets new characters and encounters difficult situations.

Each of the five animated shorts will focus on a different aspect of Groot’s childhood. For example, the teaser shows Groot fighting an aggressive group of tiny blue aliens.

To become their savior after a lead, he farts out and proves to be a food source for the colony. Other clips show Groot exploring a massive spaceship, dancing with a gelatinous clone of himself, and dressed in moss clothing.

Which other characters from Guardians of the Galaxy might appear in I Am Groot?

Vin Diesel reprises his role as Baby Groot in this collection of five animated shorts. That follows the tree-like creature as he causes mischief and mayhem across the galaxy. The most frequently asked question about I Am Groot by fans is, “Will any of the other Guardians appear?”.

Given Rocket’s close, almost paternal relationship with Groot, it would seem natural for him to make an appearance at the very least. It’s anyone’s guess who the other team members are.

It’s worth noting that I Am Groot, simply by virtue of the main character’s age, would be closer to Guardians of the Galaxy Vol. 2. In which Groot appeared much the same way as in the series. That is, assuming the show is still in production.

While we know Groot will be the main character in the Disney Plus series, storyboards reveal that another MCU character will join the scheming little tree. According to storyboards by artist Mark Hurtado, Drax will appear in I Am Groot, though it’s unclear if other Guardians of the Galaxy members will appear.