I am Groot short clip's series has been released today on Disney Plus and I have watched all the episodes and I must say it's a masterpiece. 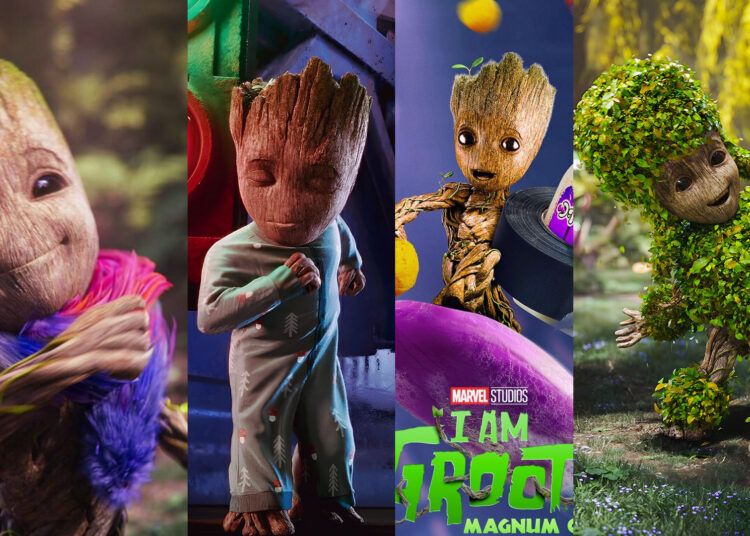 I am Groot the live-action short series by Marvel Studios has been released today on Disney Plus, and the series is a real masterpiece by the studio.

The 20-minute complete Groot content on Disney Plus divided into a total of 5 episodes has been labeled as “I am Groot” on the leading OTT platform.

Baby Groot’s curious eyes and cutest face in MCU has really given the mischievous adventure a quirky comic experience too.

I am Groot Reviews

The animation work and the visual effects of the show is really remarkable, all the five short stories which depict Groot’s aspects as baby Groot are awesome. I mean the innocence of Groot and all the scenes are the heart-melting part of the series.

Here are the few best moments of the series:

We Gotta Get This Framed

In a short Groot works hard to make a family photo of the Guardians including him, and when rocket says that “We Gotta Get This Framed” the dialogue and the scene is really full of love and affection and it shows how much Rocket loves and care for Groot and how Baby Groot is also the child of everyone in the group.

In a short we can see how an alien being is inside the Guadian’s Ship and when he takes the shape of Groot, they do a dance face-off or showdown and in the beginning, both are fighting with just three words I am Groot, and I am Groot. The most amazing scene is when Baby Groot gets rid of the creature and sends him out of the spaceship and said “I am Groot”.

I am not going to say anything else about the series otherwise I may give much more SPOILERS.

The Series is getting very good and positive reviews from all the MCU fans and the critics too. On Twitter also the fans are expressing their love for the character.

Here are a few tweets in the praise:

If you want to know about the episodes, their duration, and the timeline of each and every short then here are the two tweets that show all the details:

“I AM GROOT” takes place after GOTG VOL2 in the timeline order except for Groot’s first steps obviously #IAmGroot pic.twitter.com/XIK4fseLk3

Will we have the Second Season of the Series?

The main question of the fans remains unanswered at the end of the season, Will we get Season 2 or not? As per the Marvel Studio’s schedule and the announcements at Sandiego Comic-con 2022. I don’t think we can get a second season as it’s a limited series and will not be renewed by Marvel.

Tags: 'I Am Groot'I am Groot Season 2
ShareTweetSend
ADVERTISEMENT