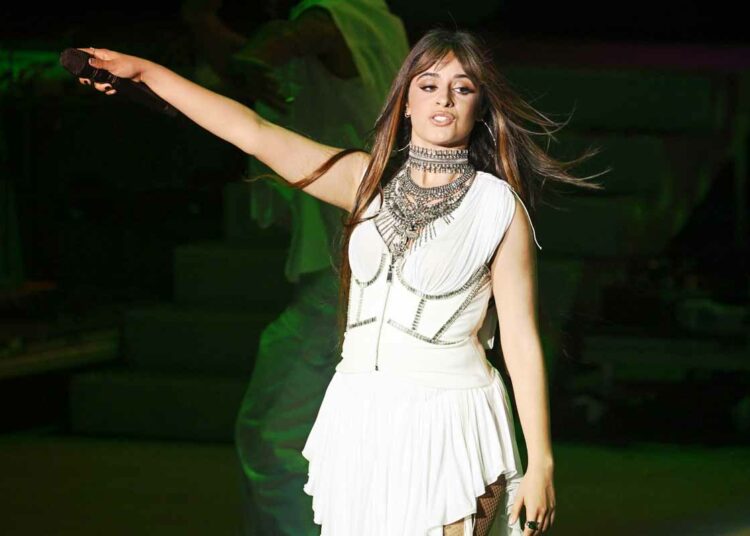 After a breakup, Camila Cabello was seen enjoying her singlehood. Summer is yet to be over but we have seen a lot of celebrities giving their best look in summer dresses like a bikini or swimsuit. Sometimes we have seen them on a proper vacation while other times they were seen just enjoying time at their homes.

If we talk about some celebrities that looked super hot in their bikini or bikini-inspired dress then we have a few names for it. Among them is Camila Cabello who was recently seen in a black bikini dress.

We know that Camila Cabello is a very confident and very bold personality existing in Hollywood. She has recently shared a video where she was seen enjoying her Saturday in a black bikini dress that was looking awesome on her.

She was wearing a black silk dress with a bikini top that had cut out on the side. This dress of her was enhancing her tanned body and hair.

Here are some videos of Camila Cabello enjoying her singlehood

The singer was also wearing earrings that would look very beautiful and wearing very natural makeup. She was posing for the video but at the beginning she said she don’t know what to say about it.

In the captions, the singer has just uploaded a fun emoji. She has also uploaded another video in which her hair was looking very awesome with the dress.

Some of the fans have loved that and called it one of the best looks of Camila Cabello ever. While others showered love by calling her the hottest person existing on Earth.

Also Read: Gigi Hadid showed off her tanned and toned figure as she stunned in a blue cutout panel dress.

Camila Cabello recently made some headlines related to her appearing at a Florida beach while wearing a perfect pattern bikini. She was walking on the sand and enjoying the water while giving a perfect look at the camera.

If Camila Cabello is not getting so many headlines and attention from her fashion then she makes sure to do it with relationships. It was recently when the singer revealed that she is not very much concerned related to getting into a new relationship or romance.

The singer said she doesn’t want to focus more on it but wants to hang out with people. Camila also said that she made some great friends and have some awesome group chats with them.

The singer also said that if it would happen then it would be fun but right now she doesn’t want to put pressure on herself.

She continued and said: “Before I used to be like: ‘Yes, love, oh my god, love,’ and now I’m just trying to have a good time. I just want to live my life and have great friendships. If something comes out of [them] that’s something more, then that’s great.”