Gigi Hadid turns heads in a lime green dress while arriving at the British Vogue X Self Portrait's  Party held at Chiltern Firehouse on Wednesday July 20 in London, England. 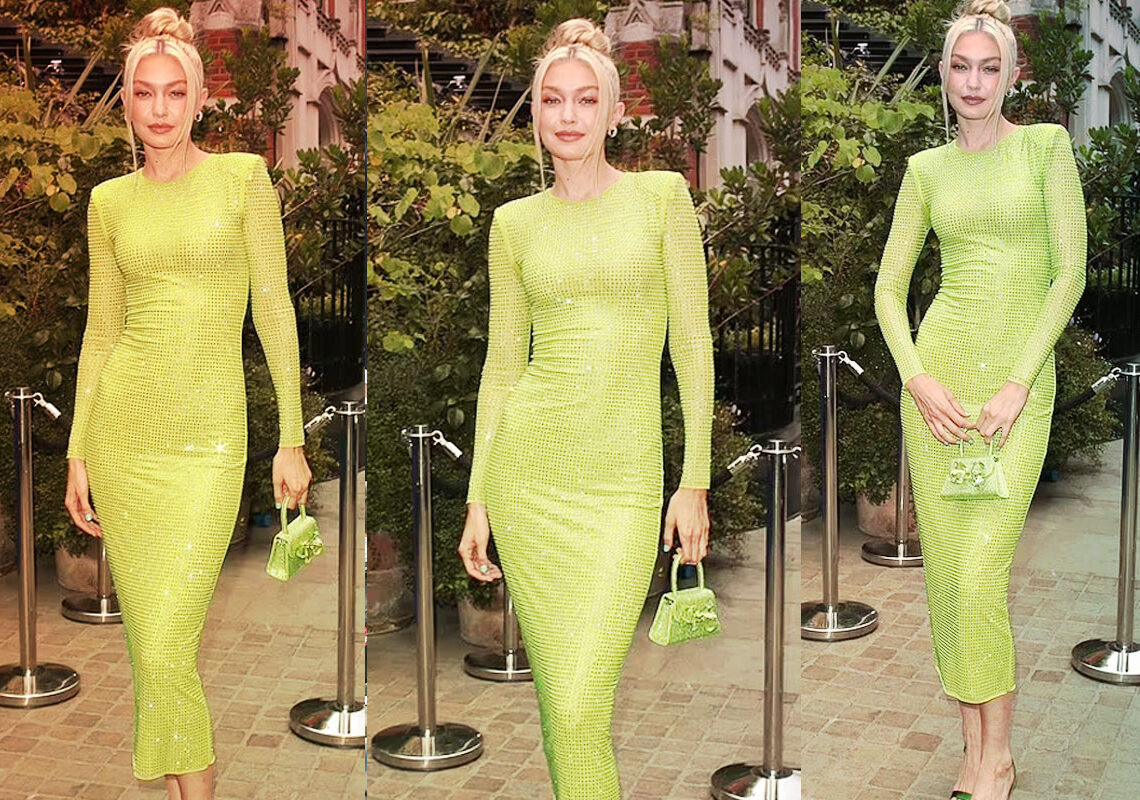 Jelena Noura Gigi Hadid (born April 23, 1995) is an American model and television personality. In November 2014, she debuted on Models.com’s Top 50 Models. In 2016, she was named International Model of the Year by the British Fashion Council. Over the course of four years, Hadid appeared on thirty-five international Vogue covers.

Gigi, who is the new brand ambassador for Self Portrait, even color-matched her bag and shoes to her neon dress at the event.

The party was an opportunity for old and new friends to come together and celebrate the importance of creativity.

The British Vogue X Self-Portrait Summer Party was held on July 20 with a star-studded audience.  The glam event at London’s Chiltern Firehouse was hosted by Gigi Hadid. It was an opportunity for old and new friends to come together to celebrate the value of creativity. All present were dressed for a self-portrait.

Gigi Hadid turned heads as she walked the red carpet at the posh Chiltern Firehouse in London for British Vogue’s X Self-Portrait Summer Party. Gigi looked stunning in a figure-hugging green dress adorned with sequins. The oversized shoulder pads and sequined accents on Gigi’s couture dress glistened in the light.

The blonde beauty opted for gorgeous make-up and had her blonde hair pulled back into a stylish bun, while strands framed her delicate features. With a pair of shiny emerald straps, Gigi gave the statuesque body a little more height.

The model carefully chose her jewelry and let the embellished ensemble speak for itself. She wore a pair of diamond hoops. She carried a matching green mini bag from host brand Self Portrait, decorated with a bow and encrusted with diamonds.