Outer Banks Season 3: Cast Members of the Series and Where They Have Been Seen Before 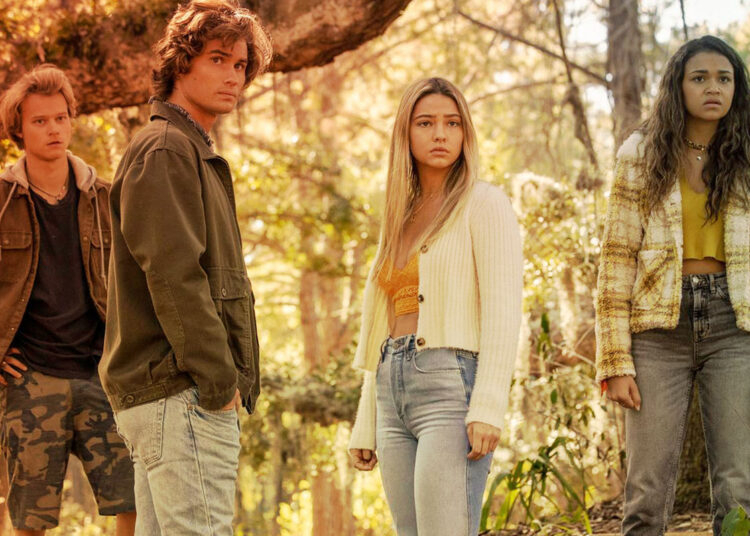 Outer Banks Season 3 Updates: Shannon Burke, Josh Pate, and Jonas Pate have created the American mystery action-adventure teen series ‘Outer Banks’ which is set in the coastal town of Outer Banks of North Carolina. The place is characterized by the conspicuous social division between the wealthy “Looks” and the working class “Pogues”.

The main focus of the plot is a group of teenagers belonging to the Pogues whose residence is The Cut. They set off to find out where the missing father of John B, the ringleader of the group, is.

While doing that, they come to know about a legendary treasure that has a connection to John B’s father. On the other hand, the wealthy people of Kooks also pose trouble for the teenagers who have their own struggles involving love, friendship, fighting, and money to deal with.

The first season was released on April 15, 2020, and the second season was on July 30, 2021, on Netflix. Season 3 was confirmed in December of 2021. As the second season ended with a huge cliffhanger that is related to the father of John B, fans can’t wait anymore for the newer season to arrive.

Before Netflix announces the official release date for the Outer Banks Season 3, let us find out how familiar the cast members of the series are.

John B is the ring leader of the working class or the Pogues. American actor James Alexander Chase Stokes portrays John B in the series. He began his tv series acting with the role of Ethan Terri in a series called ‘Base’.

In 2016 he starred as Reed in one episode of Netflix’s popular sci-fi horror series ‘Stranger Things. The next year he was seen as Graham in the satirical comedy series ‘Daytime Divas’.

In 2018 he was cast as Russell Bennett in Roger Spottiswoode’s television film ‘The Beach House’ and also appeared as Finn in one episode of the tv series ‘The First’.

In 2021 he starred in the role of Adam in the American thriller series ‘Tell Me Your Secrets’. Stokes also starred in the 2021 comedy movie ‘Dr. Bird’s Advice for Sad Poets’ as Martin.

Sarah although referred to as the princess of the Kooks, becomes John B’s girlfriend. Her rebellious nature compels her to reject the life of Kook often. American model and actress Madelyn Renee Cline plays the role of Sarah Cameron in the series. She began her acting career with a film named ’23rd Psalm: Redemption’ in 2011.

In 2016 she starred as Willow in the comedy movie ‘Savannah Sunrise’. In the 2018 biographical film ‘Boy Erased’ she played the role of Chloe. In 2021 Cline was cast in James DeMonaco’s movie ‘This Is the Night’ as Sophia Larocca. She will be seen starring in the upcoming mystery film ‘Glass Onion: A Knives Out Mystery’.

Cline played the role of Taylor Watts in HBO’s dark comedy ‘Vice Principals’ from 2016 to 2017. In 2017 she was also cast as Jessica in the popular supernatural fantasy series ‘The Originals’ which is a spin-off of ‘The Vampire Diaries.

Like her co-star Chase Stokes of ‘Outer Banks’, she starred in ‘Stranger Things. She played the role of Tina in that series in 2017.

Ward Cameron is the father of Sarah and is a wealthy businesses-man and owner belonging to the group of the wealthy Kooks. American actor, comedian, musician, and improviser Charles Esten plays the role of Ward Cameron in the series.

The films in which he starred include ‘The Postman’, ‘Thirteen Days’, ‘Ten Minutes Older: The Trumpet’, ‘Water Under the Bridge’, ‘American Family’, ‘Swing Vote’ and TV films such as ‘The Sleepwalker Killing’, ‘The Expendables’, ‘Late Last Night’, ’61*’, ‘The Johnny Chronicles’, ‘All Grown Up!’ etc.

Esten appeared as Performer in ‘Whose Line Is It Anyway (US)’ and ‘Drew Carey’s Green Screen Show’, ‘Drew Carey’s Improv-A-Ganza’.

From 1995 to 1996 he was regularly cast as Randy Anderson in Fox’s sitcom ‘The Crew’ and from 2012 to 2018 he starred as the main character of Deacon Claybourne in the American musical soap opera ‘Nashville’.