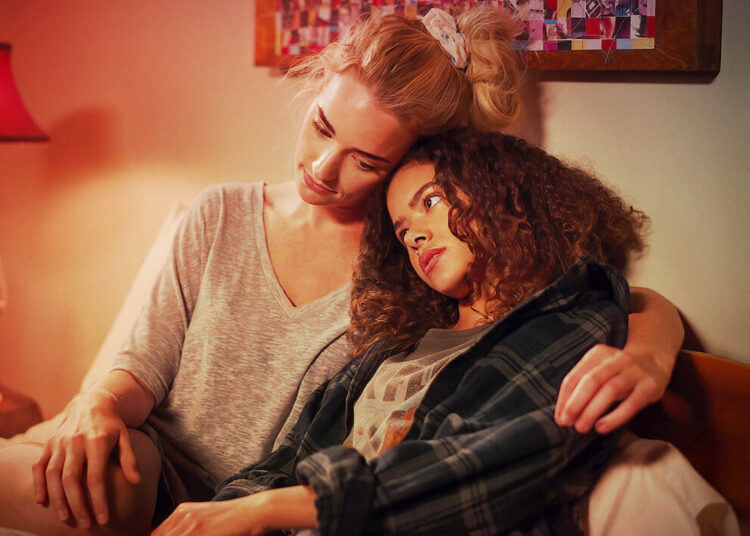 Though the series began with a similar style to ‘Gilmore Girls‘ that aired in the wake of the 2000s- a young mother and her daughter form an unusual relationship where both are each other’s best friends. But in ‘Ginny and Georgia’ ideas soon take a darker turn as Ginny starts to discover the negative sides of having a young mother and Georgia determines to go to any length to secure a good future for her children.

This is why fans are so much keen to get the official release date of the Ginny & Georgia Season 2 and especially when it’s been more than one year since the second season got renewed.

Well, it only fits that the newer season will arrive in 2022 only. ‘Ginny and Georgia’ is the story of a fifteen years old girl Ginny Miller and her thirty years old mother Georgia Miller who settle down with Austin, Ginny’s young brother in a town in New England.

Ginny and Austin’s mother Georgia is played by American actress Brianne Howey. Howey was cast as a regular character of Kat Rance from 2016 to 2017 in the supernatural horror series ‘The Exorcist’ which is part of The Exorcist Franchise.

From 2015 to 2017 she played the role of Scarlet in Comedy Central UK’s sitcom ‘I Live with Models. In the superhero series ‘Batwoman’, she played the supervillain, Reagan Pye, from 2019 to 2020.

In 2019 she was cast as Shauna Babcock in the thriller series ‘The Passage’ and from 2019 to 2022 she played Alison B. in the American comedy series ‘Dollface’.

In one episode of Netflix’s superhero series ‘Raising Dion’ she starred as Wendy 2019. Gentry was also cast in ‘Lone Wolf Mason and ‘Driver’s Ed: Tales from the Street’. She has an upcoming film named ‘Time Cut’ in her queue which is under filming.

Paul Randolph is the mayor of Wellsbury of Massachusetts. He and Georgia form a romantic relationship. American actor Matthew Scott Porter plays the role of Paul Randolph in the series.

Porter gained recognition through the role of the main character Jason Street in the first three seasons of the American sports drama series ‘Friday Night Lights’ from 2006 to 2008 and as a guest star in Season 5 in 2010.

He also starred as Nester Willow in the sci-fi series ‘Caprica’ in 2010. From 2010 to 2011 he played the role of Blake Calamar in CBS’ American legal political series ‘The Good Wife’. He portrayed George Tucker in The CW’s comedy series ‘Hart of Dixie’ from 2011 to 2015.

In 2016 Porter starred as Timothy Armstrong or Tim in CBS’ action tv series ‘Scorpion’. As a guest star in Season five and main cast in Season six, he played the role of Carol Corbett in DC universe’ American urban fantasy series ‘Lucifer’ in 2021.

The other series in which he starred in minor roles are ‘As the World Turns’, ‘The Bedford Diaries’, ‘Ugly Betty’, ‘Parenthood’, ‘Rosewood’, ‘Outcast’, ‘Law & Order: Special Victims Unit, ‘Charmed’, ‘And why Women Kill’.

Canadian actress and comedian Jennifer Robertson plays the role of Ellen Baker in the series who is a neighbor of Georgia and Ginny. In 2007 she played the role of Jennifer Lange in the tv series ‘The 1/2 Hour News Hour.