Natalie Portman shared the hilarious way that Chris Hemsworth tried to collect his children from school without drawing attention while they were in Australia filming Thor: Love and Thunder. 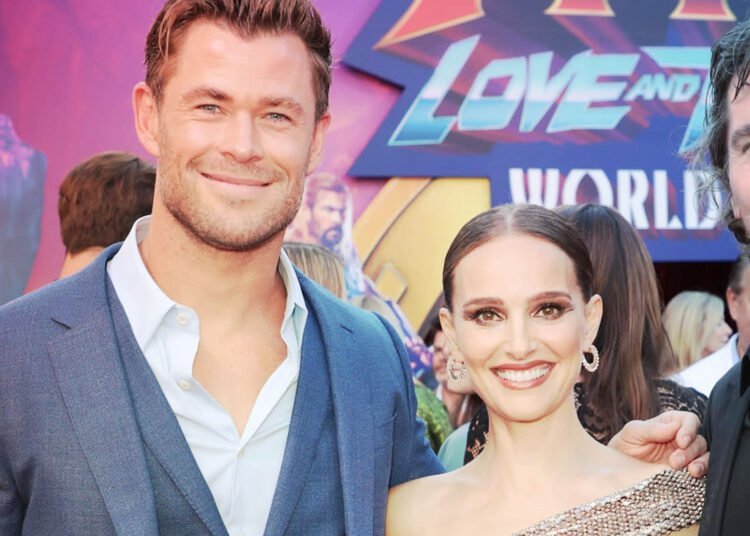 Unless you’re Natalie Portman or Chris Hemsworth, picking up your kids after school is a relatively simple experience for most parents.

The Black Swan actress, 41, revealed that while filming Thor: Love and Thunder in Australia, she once witnessed her co-star, 38, attempting to pick up his children during the after-school rush without being noticed.

“During the shooting, Chris’ kids came to town and went to the same school as my kids,” Natalie explained on Jimmy Kimmel Live! on June 24. “We happened to be at school pick-up at the same time one day, and I just felt so bad for him.”

While the actress, who has a son, Aleph, 11, and a daughter, Amalia, 5, acknowledged that Chris is “really famous everywhere,” she explained that in his home country, that factor is multiplied exponentially.

Natalie observed  Chris Hemsworth try to hide behind a tree until his children arrived—daughter India, 10, and twin sons Tristan and Sasha, 8—but was “unable to, obviously” given his celebrity.

When asked about the experience, the Marvel actress joked with guest host Sean Hayes, “It felt like some weird sitcom of superheroes at school pickup, you know?”

Fortunately, Natalie shared that it was a problem that she had not personally experienced.

“I’m small and can blend in with the moms,” she explained. “Then he walks in, and it’s as if he’s a Greek god!”

The actress, who plays Jane Foster in the upcoming Marvel film, revealed that her children are especially excited to see her pick up Thor’s hammer Mjolnir and transform into the God of Thunder herself.

“They’re very excited about it,” she explained. “It’s nice to have something that my kids are excited about, because most of the time they just say, ‘Don’t go to work, Mommy.’ They’re all like, ‘Go go go go!'”

Her daughter is so pleased that she bought her mother’s action figure.

“My daughter now has her own! She went to the store with her nanny the other day and returned with the doll “Natalie explained. “She’s been running around with it like, ‘Super mommy!’ which made me very happy.”