a part of the phase four of the Marvel Cinematic Universe franchise, the movie hasnt released the premiering date but we have other details gathered 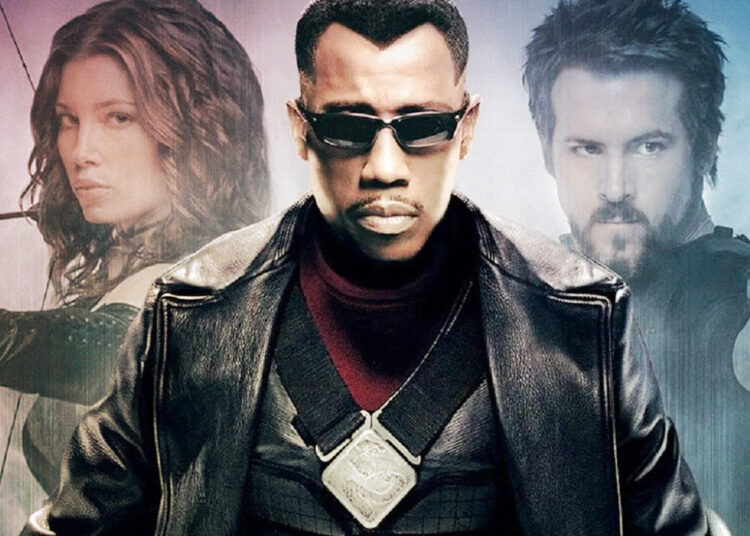 “Blade” is a Marvel film, moreover a new addition to the Marvel Cinematic Universe Franchise. The name of the film is inspired by the vampire character of the Marvel comic of the same name.

He has appeared in a number of previous Marvel movies and series, however, this one will be a specially and specifically focused film on him. Earlier Wesley Snipes had played his role but now we have a new actor reprising his role.

The actor who is seen playing the role of our superhero Blade is no less. The winner of Academy, Golden Globe, BAFTA, Emmy awards, and more, Mahershala Ali is hired to play his role. This came as a surprise to every Marvel fan and nobody can keep calm.

The release of any Marvel film is always a celebration and I am sure you can’t wait for the next celebration. To know more about this upcoming film, Read further.

Blade  Everything we know so far

The film is an adaptation of the Marvel comic character of the same name. The update for the release of this film had come up at the San Diego Comic-Con 2019. This declaration was surely one of the most awaited and appreciated announcements. “Blade” will be a part of phase four of Marvel Cinematic Universe productions.

The movie is set to be directed by Bassam Tariq. Alongside this, he also serves as a co-writer of the film with Stacy Amma Osei-Kuffour. A rough script for the superhero film had been ready by May 2013.

In the following years, numerous production-related tasks had been taking place. Kevin Feige, Eric Hauserman Carroll, and Louis D’Esposito were keen on producing the film. As said earlier, the greatest Mahershala Ali will be seen starring in the lead. He will be playing the role of Blade himself.

The release date for the film is still not clear and remains blurred. However, do not worry! The shooting and after-production of the film will get completed soon and it will have a grand premiere.

About: The character Blade

Starting as a supporting character, “Blade” went to become a loved and powerful character. It first appeared in the comic The Tomb of Dracula which was published in 1973. It was published by the Marvel comics.

The character has been developed by Marv Wolfman and drawn by the artist Gene Colan.

As a release date or trailer hasn’t been declared or launched yet, we can’t predict anything. However, the film is surely in making and will come your way soon. Till then you can watch the other Marvel films or read the comics starring our superhero Blade.