Boo, Bitch Release Date: Whom Will We Be Seeing in the Upcoming Series and Where Did They Previously Star?

Netflix's upcoming Lana Condor series 'Boo, Bitch' has a lot in its store. 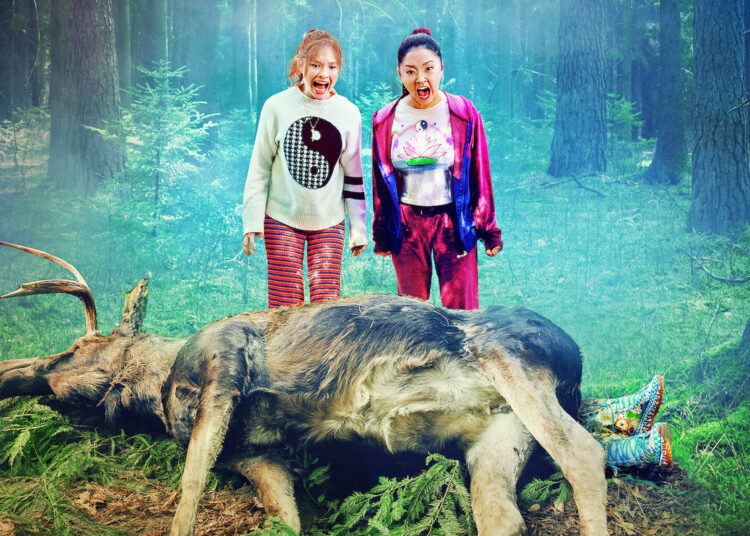 Boo, Bitch Updates: Erin Enrich is known for producing and writing ‘Crazy Ex-girlfriend’ and ‘King of the Hill’ and Lauren Iungerich for ‘On My Block’ and ‘Awkward’ have performed the roles of showrunners and the primary writers for Netflix’s upcoming limited comedy series ‘Boo, Bitch’.

The series is going to center upon teenagers of high school and their high school drama but will take an entirely new turn right after the audience is done finding no dissimilarity with other series of the same theme.

Like those other series, a high school girl here will find herself to be a girl whom no one recognizes. Her name is Erika Vu and she is portrayed in stark contrast to Riley, a mean girl, who has always been undermining Erika. But Erika’s status changes when she agrees to go to a big high school party as her best friend Gia pushes her to overcome her shyness.

At that party, Erika becomes the heart of the party and she also captures the attention of a popular boy who also happens to have broken up with Riley recently. But in the morning after Gia and Erika stumble across something really different than what after-party hungover people usually find themselves in. They discover that Erika has become a ghost.

The plot is not the only thing about the new series that you should be waiting for. A fan favorite of recent times Lana Condor is returning in the series with her confident acting which is enough to keep the audience waiting.

She was cast for the series in February of 2021 as well as announced to be an executive producer. By August 29, 2021, the filming of the series was concluded. The series is set to release on July 8, 2022, on Netflix.

Let’s have a look at the Boo, Bitch Cast Members

The protagonist of the upcoming series Erika Vu is played by Lana Condor, the American actress, singer, and producer. Her acting career kicked off with the 2016 superhero movie ‘X-Men: Apocalypse’ where she portrayed the role of Chris Claremont and Marc Silvestri created the Marvel comics character Jubilee.

The same year she appeared as Li in ‘Patriots Day. In 2018 her role as Lara Jean Covey first emerged through Netflix’s teen romantic movie of 2018 ‘To All the Boys I’ve Loved Before.

In that film, she co-starred with Noah Centineo who played opposite Lana portraying Peter. The character of Lara in the movie has a habit of writing letters addressing those boys for whom she feels intense passion. But then she locks those letters inside her closet.

Her latest major movie role is Sophie Tsukino in the sci-fi romantic comedy ‘Moonshot’ of 2022. In that movie, Cole Sprouse is seen to act in opposition to Condor’s character. College student Sophie and Walt (Cole Sprouse) sneak onto a space shuttle whose destination is Mars.

In 2023 her upcoming film ‘Coyote vs. Acme’ is set to release which is going to be a legal comedy and where she will be seen to star with John Cena and Will Forte.

In 2017 Condor starred in ‘High School Lover’ which is a romantic thriller tv film. In Syfy’s 2019 tv series ‘Deadly Class’ she co-starred as Saya Kuroki with Benedict Wong and Benjamin Wadsworth.

Condor has also given voice to the characters of Kaoru and Casey McGarry respectively in ‘Rilakkuma and Kaoru’ and ‘BoJack Horseman’. She has been nominated for two Teen Choice Awards for ‘To All the Boys I’ve Loved Before’ and won an MTV Movie & TV Awards for the same. She also won a Hollywood Critics Association under the category of Next Generation of Hollywood.

Gia is her best friend of Erika in the series who stays beside her all the time. Among the filmography of American actress Zoe Margaret Colletti, the most important are Tessie Marcus in ‘Annie’, Truth Pixie in ‘A Boy Called Christmas’, Stella Nicholls in ‘Scary Stories to Tell in the Dark’ and Sophie Young, Benedetta Rohr, and Dakota in tv series ‘Rubicon’, ‘City on a Hill’, and ‘Fear the Walking Dead.