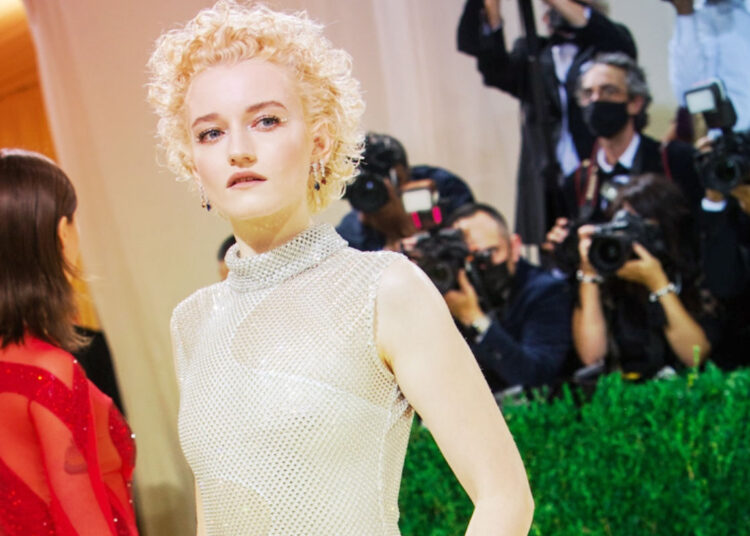 Popular crime drama series on Netflix- ‘Ozark’ has rendered the cast members of the series to rise to fame for new stars and once again for those who are veteran actors and actresses. In the first category falls Julia Garner, a young American actress.

The story of the series revolves around a money laundering couple Marty and Wendy Byrde. The family relocates to the Lake of the Ozark in central Missouri after a Mexican drug cartel’s money-laundering scheme goes wrong.

In that new region, the two of them renew their money laundering business but soon become intertwined with local criminals of the place. The Langmore family is one of those families that become a significant part of the whole affair.

The role that Julia Garner plays is Ruth who is a Langmore family member. Julia Garner has adopted an excellent Missouri accent which makes her the perfect cast for the character of Ruth. Ruth is known to be a profane and witty woman who eventually becomes Marty’s business partner.

She received the Primetime Emmy Awards under the category of Outstanding Supporting Actress in a Drama Series for the episode ‘The Gold Coast’.

Other Appearances of Julia Garner:

Garner was born in The Bronx of New York and to overcome shyness, started taking her acting lessons from the age of fifteen. In 2015 she graduated from Indiana University in psychology.

Her debut role was in the American thriller movie ‘Martha March-May Marlene’ in 2011. The titular character of the movie is played by Elizabeth Olsen and the role that Julia Garner portrayed is Sarah.

In 2012 Rebecca Thomas’ independent film ‘Electrick Children’ that follows a young woman of fifteen years who becomes pregnant the cause of which she believes to be listening to the song from a cassette tape. This young woman Rachel McKnight is portrayed by Garner.

The Perks of Being a Wallflower

The same year she appeared in the coming of age movie ‘The Perks of Being a Wallflower in the role of Susan. She also appeared in films like ‘Not Fade Away, ‘We Are What We Are, ‘The Last Exorcism Part II’, ‘Hair Brained’, ‘I Believe in Unicorns’, ‘Sin City: A Dame to Kill For, ‘And good Kids’.

In 2015 Garner starred in 2015 comedy movie ‘Grandma’ that centers around a widowed lesbian poet Elle and her teenage granddaughter. With Lily Tomlin playing Elle, Julia Garner portrayed her granddaughter.

In the 2017 Irish-Canadian crime movie ‘Tomato Red’ Garner co-starred with Jake Weary in the role of Jamelle Merridew. The same year she also co-starred with Juno Temple, Alessandro Nivola, Olivia Luccardi, and Maggie Siff in Liz W. Garcia’s ‘One Percent More Humid’ as Catherine and was cast in ‘Everything Beautiful Is Far Away’ in the role of Rola. The movie gained U.S. Fiction Cinematography Award at the competition of the Los Angeles Film Festival in 2017.

Then in 2019, she was cast in Kitty Green’s ‘The Assistant’ as Jane, the titular newly appointed junior assistant who unearths abuse in her daily routine that she decides to stand against.

Garner’s tv series appearances begin with Kimberly Breland in the American period spy series ‘The Americans’ where she acted from 2015 to 2018. Then before being cast in ‘Ozark’ she appeared in an episode of ‘Girls’ and two episodes of ‘The Get Down’. In 2018 she was cast in two miniseries ‘Waco’ and ‘Maniac’.

From 2018 to 2019 in the true crime anthology series, ‘Dirty John’ Garner plays the role of Terra Newell, the younger daughter of the protagonist Debra Newell. Then in 2019, she starred in two episodes of Amazon Prime Video’s romantic comedy anthology series ‘Modern Love’.

Till now her most significant role is of the titular Anna in Netflix’s 2022 American drama miniseries ‘Inventing Anna’ which is a fictionalized version of the true story of Anna Sorokin’s infamous fraudulence.

Among Garner’s many accolades one is the nomination for Critics’ Choice Television Awards under the category of Best Supporting Actress in a Movie/Miniseries for ‘Dirty John’. There are two upcoming projects of Garner which are ‘You Can’t Win’ and ‘Little Sparrow’ the first of which is already been produced.