Elle Fanning, Amanda Seyfried, Julia Garner and Lily James joined the Euphoria actress on the best dressed list as they rocked their dresses for the big Hollywood night. 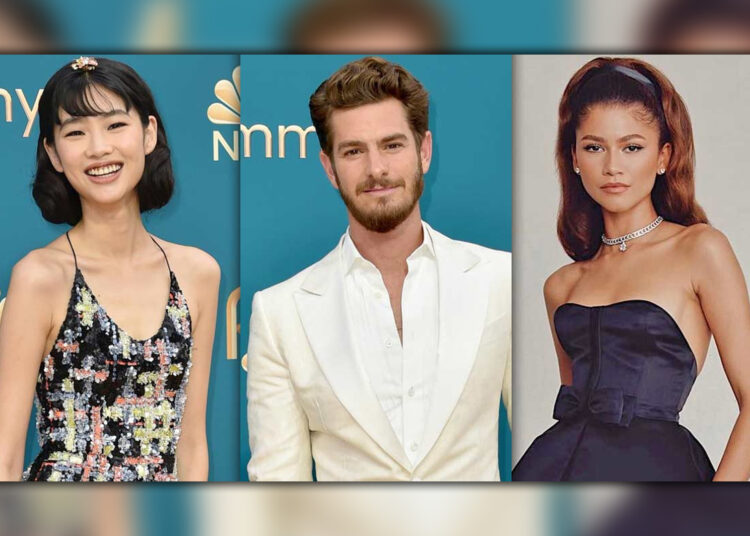 Kicking off the red carpet in style was actress Zendaya, who looked like a classic Hollywood movie star in an elegant black ball gown by Valentino with a diamond choker necklace by Bulgari.

The awards ceremony took place after a two-year absence during the ongoing coronavirus pandemic when the ceremony moved to the 2020 Crypto.com Arena and Event Deck in L.A. Live in 2021.

Zendaya looked stunning in a strapless black dress that featured a corset-style top half with a voluminous skirt on the bottom half.

The 2022 Emmy Awards took place last night and with much anticipation, the fashion quotient was almost hitting the roof. From Elle Fanning to Laverne Cox, no one played it safe and every Hollywood celebrity in attendance pushed the boundaries when it came to their sartorial. Julia Garner was one of them.

Known for her powerful performances in Ozark and Inventing Anna, Julia doesn’t stop at the screen when it comes to wowing. When it came to the 2022 Emmys, she extended her influence to the red carpet as well.

Julia Garner chose her favorite designer Gucci to attend the star-studded event. Her ensemble was definitely unique as it stood out from the flowery gowns and glittery dresses at the event. Julia wore a plunging velvet sheath dress by Gucci. It had long sleeves and a round neckline with ankle length.

The decoration was in the form of floral embroidery including beads and sequins. But this outfit had one more unique feature, a single neckline. Her torso featured a diamond-shaped cutout that strategically surrounded her navel. It’s definitely the first time we’ve seen such a cutout.

She also wore neutral platform shoes and her makeup game was as glamorous. Her signature blonde locks were pulled back into a messy updo. While her eyes sported bronze make-up, her cheeks were sculpted to perfection and her lips had a peachy tint of color.