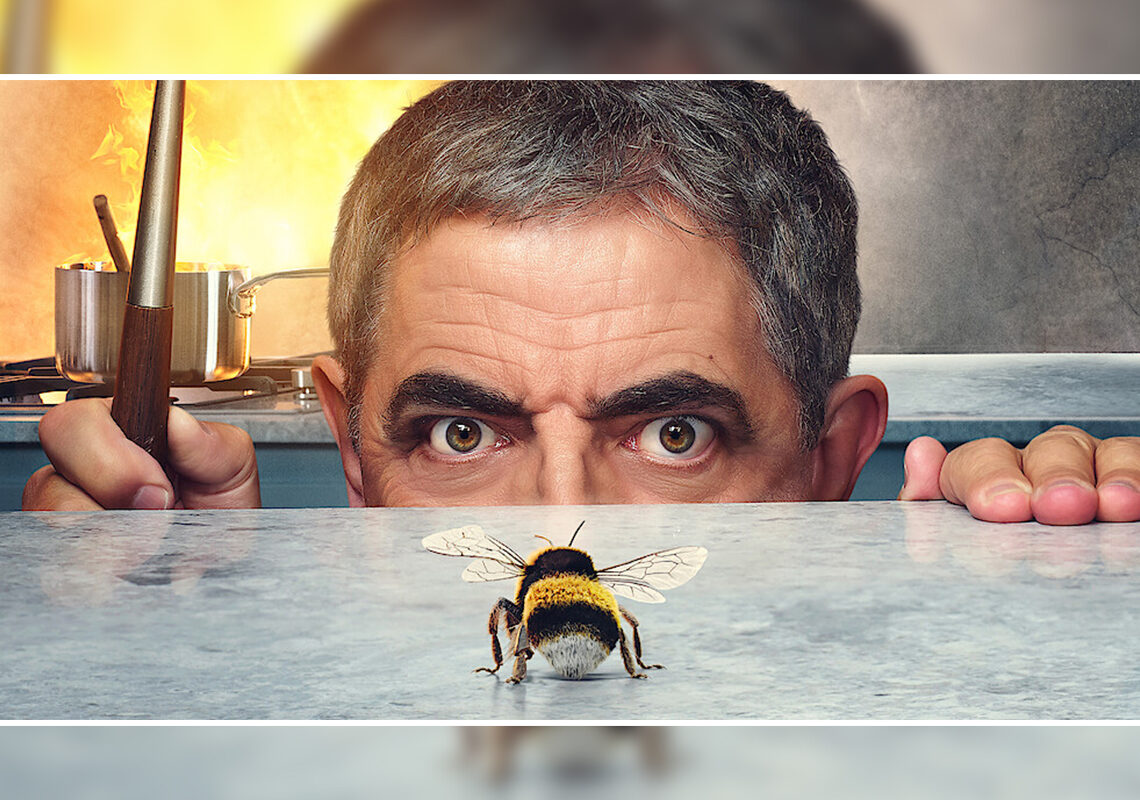 Here is the information to satisfy Mr. Bean’s fans’ curiosity.

The Plot Of Man Vs Bee

The 10-episode show is gonna be as absurd as it sounds by the name. The protagonist- Rowan Atkinson wants to get rid of an intolerable insect- a bee, for which he goes on to do miserably funny acts like smashing glasses, breaking ornaments, driving recklessly like hell, & other hilarious actions, enough to drive the Mr. Bean fans through the nostalgia of their childhood.

The official synopsis of the show reads-‘Bumbling dad Trevor tries to get the best of a cunning bee whilst house-sitting a posh mansion – but only unleashes more chaos.’ Even from the official logline, it seems like the show is gonna hit our tickle bone with Mr. Bean coming back to do ordinary things in the most ordinary times all because of an insect as ordinary as a bee.

The Cast & Crew Of Man Vs Bee

And if this is not enough the supporting actors of the show are also renowned actors like Julian Rhind from Notting Hill, Claudie Blakely from Pride & Prejudice, & Jing Lusi from Crazy Rich Indians.

Release Date Update- When Will It Release?

The show is going to be out on the 24th of June, 2022 with 10 episodes with a watch time of 10-12 minutes each, making the show as clumsy as possible contributing to its slapstick nature.