Man Vs Bee: Rowan Atkinson Is Returning with Comedy Drama

Rowan Atkinson Aka Mr. Bean is back to make you laugh be ready. 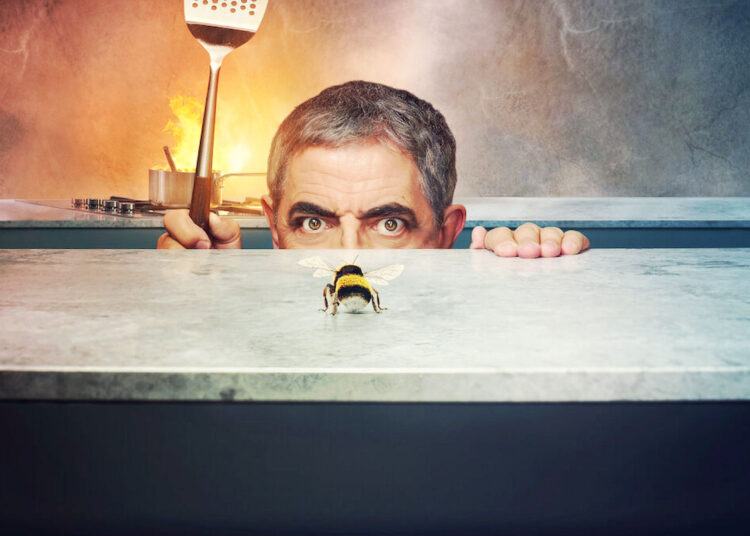 If you are a fan of silent comedy and have been missing it lately, then we have found something for you. A Netflix original series, “Man Vs Bee” is releasing this June to make you laugh and chuckle.

The most fascinating thing about this series will be that our favorite Mr.Bean is playing the role of the lead character. And I am sure by hearing this you can’t keep calm too.

Sneak-Peeks of the show

Man Vs Bee, as the name itself suggests, will portray a comical battle between a man and a little bee.  It will be a comedy-drama and is surely a ‘to-be watched with family’ series. The show is to air in June and will star our very favorite Rowan Atkinson also popularly known as Mr.Bean.

The series will move forward to display the ongoing battle between Atkinson and the tiny little bee. The show is likely to end by revealing the winner of the scuffle.

“Bumbling dad Trevor tries to get the best of a cunning bee while house-sitting a posh mansion — but only unleashes more chaos in this comedy series.” This is the official synopsis of the show and is unveiled by Netflix.

More About Man Vs Bee

The series is directed by David Kerr and written by Rowan Atkinson and William Davies. Although the total number of episodes to be there in the series is unknown, some sources suggest that a total of 10 episodes might be there.

Along with being the writer of the show, Davies in company with Chris Clark are the executive producer of the comedy sitcom.

Let’s Have Deets About the Cast

Firstly, the show will be seen starring Rowan Atkinson. He is popularly known for playing the role of Mr.Bean in the silent British comedy named Mr.Bean.

Secondly, Daniel Fearn is also a part of the cast of this show. He will be seen in quite a few episodes. He is supposed to play the role of a character named Lewis.

The series further will have Jing Lusi, Tom Basden, India Fowler, and more. As the name says and the poster displays, the show is going to be quite exciting.

To be released on your screens on 24 June this summer, prepare your stomachs to have constant mild aches as you will laugh throughout. Most importantly, Rowan Atkinson will be making a comeback with this series and all Mr.Bean fans can’t keep calm.