Man Vs Bee Released on Netflix

After so many years of Mr. Bean we were not able to forget the character of Rowan Atkinson, and now in Man Vs Bee it's is going to be so hard to not to laungh. 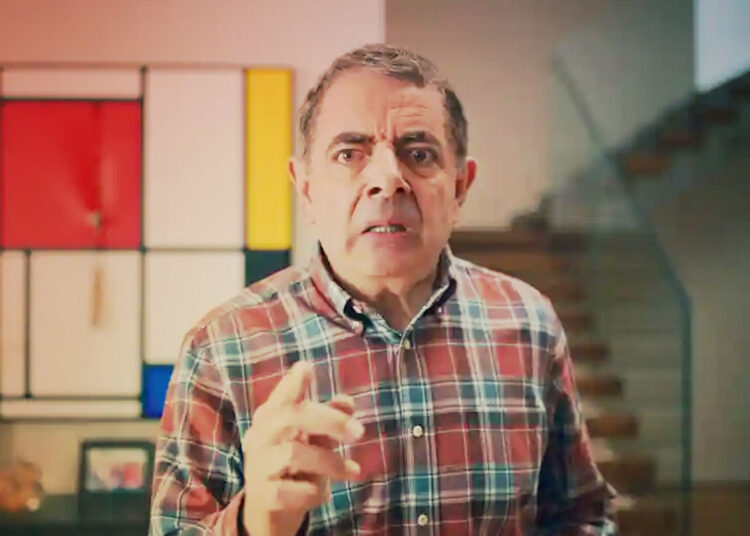 Man Vs Bee Updates: Directed By David Kerr, Netflix is ready with its British slapstick comedy series to make you laugh so hard. Starring Rowan Atkinson, who is popular for his character as Mr. Bean, the show has raised the expectations and enthusiasm of the viewers for a full-on entertaining hit comedy-drama.

Rowan Atkinson is the protagonist in the series and is also the writer and creator along with William Davies. The series is set to be featured on 24 June 2022 only on Netflix.

A pest or a vermin is such a tiny diminutive creature, that it doesn’t bother humans very much, but if they bother, they can be directly killed, which is normal as swatting a mosquito. Based on this, the trailer shows the character of Trevor played by Rowan Atkinson, who is by mistake a businesswoman and an owner of the luxurious mansion, who appointed Trevor as the new house sitter.

But trouble begins when he finds a mischievous bee, distracting his attention which results in a battle between Trevor and the bee as he avoids irreparable damage.

More About Man Vs Bee

In the trailer released by Netflix, Rowan Atkinson as Trevor can be seen with his humorous performance involving exaggerated physical activity similar to Mr. Bean.

His potentiality with a combination of dumb behavior to inadvertently gets into a war against a single bee is the masterstroke of the series.

The struggle of Trevor to get rid of the bee and his perseverance will be hilarious to watch. It will be a comedy of personality rather than the comedy of gags, Atkinson himself was funny in doing normal things. It will definitely be entertaining to make you laugh until your stomach aches.

Man Vs Bee: Rowan Atkinson Is Returning with Comedy Drama