Recipient of the Game Changer Award and People's Choice Award, Simu Liu is all set to step outside of the Marvel madness and would feature in 'Barbie,' opposite Margot Robbie. 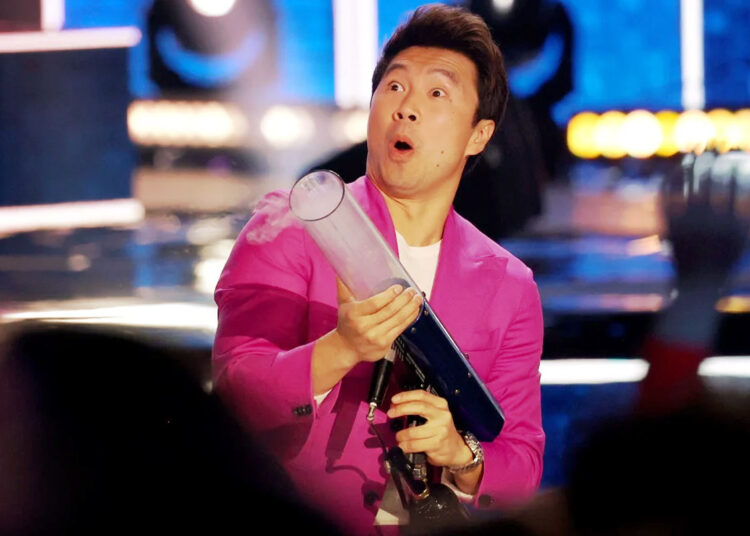 Shang Chi and the Legend of the Ten Rings turned into a game-changer for Chinese-Canadian actor Simu Liu. With this, Simu Liu becomes the new entrant in the list of actors who got big career boosts after signing in Marvel movies.

Recipient of the Game Changer Award and People’s Choice Award, Simu Liu is all set to step outside of the Marvel madness and would feature in ‘Barbie,’ opposite Margot Robbie. The movie also stars Ryan Gosling in pivotal roles.

Helmed by Greta Gerwig, Barbie is a romantic comedy based on the eponymous toy line of Barbie. Barbie is said to hit the screens next year in July with a stellar cast. The upcoming movie is bankrolled under the banners of Warner Bros Entertainment Inc.

Last month in April, WB Pictures revealed the forthcoming project via Instagram, sharing the poster with Margot Robbie. During the conversation with Entertainment Weekly, Simu Liu,31, spilled the beans over the movie’s cast, set, and other noteworthy deets.

In the conversation, Liu couldn’t stop raving about the director Greta Gerwig who has co-written noteworthy movies such as Marriage Story and The Squid and the Whale.

Further, he talked about what it feels like to work for 12 hours on the set of Barbie. Liu revealed that it doesn’t feel like work even after working for continuous 12 hours. Instead, he said that the shooting felt like spending a day with a bunch of friends.

Simu Liu also talked about how his dancing skills and experience in the field helped him bag the role in Barbie. However, Liu was careful to avoid giving away the movie’s plot and concentrated solely on the cast and other details about the film.

Interestingly, Greta Gerwig’s helmed Barbie would see a face-off with Christopher Nolan’s Oppenheimer at the box office. Watching which film takes top honors at the box office would be fascinating. The Chinese-Canadian actor enjoys a colossal fan following of 2.1 million followers on Instagram.

Simu Liu waxed his whole body for his role in Barbie

Simu Liu Will Star in a Barbie Movie Alongside Margot Robbie and Ryan Gosling.