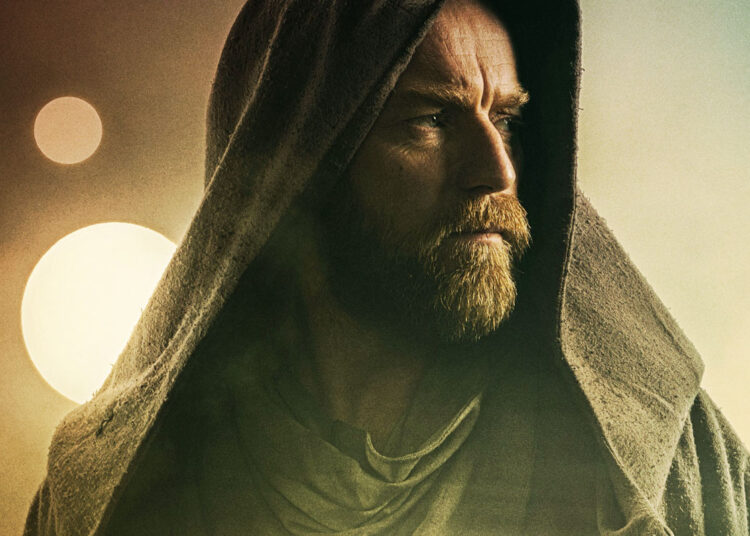 Obi-Wan Kenobi Updates: Deborah Chow directed the upcoming American miniseries that is based on George Lucas’ book ‘Star Wars. The plot of the series is set ten years after the incident that happened in ‘Star Wars: Episode III- Revenge of the Sith’ and features the same-named Star Wars character. In this series, we find Obi-Wan Kenobi is from the fictional deserted planet called Tatooine watching over the protagonist of the first three Star Wars films Luke Skywalker. While doing so he embarks upon a boisterous adventure.

Ewan McGregor plays the role of the titular Obi-Wan Kenobi. Other cast members of the series include Hayden Christensen, Joel Edgerton, Bonnie Piesse, Moses Ingram, Indira Varma, Rupert Friend, Sung Kang, etc. The series is set to premiere on May 27, 2022, on Disney+. The series will end on June 22 after six episodes.

There are some more series that you will definitely like if you are waiting for ‘Obi-Wan Kenobi’ to arrive.

John Bartnicki produced this American documentary series that features the behind the scene stories of the fictional character of Star Wars called Boba Fett returning to the fictional desert land called Tatooine.

Boba Fett is an armored legendary bounty hunter. Boba Fett is significant for not removing the helmet ever. This series navigates the behind-the-scenes moments of this legendary adaptation.

Temuera Morrison is known for starring as Boba Fett in Star Wars. Other actresses and actors appearing in the documentary are Ming-Na Wen, Jennifer Beals, Sophie Thatcher, Mark Hamill, Timothy Olyphant, Corey Burton, etc. The series was released on December 29, 2021.

Jon Favreau created this American space action tv series which is the first-ever live action series of the Star Wars franchise. The events of this series happen after five years of that of ‘Return of the Jedi’.

The story focuses on a Mandalorian named Din Djarin who is a lonely one. When he is tasked with retrieving the infant named Grogu, he instead finds himself on the run in order to protect Grogu.

Kyle Killen and Steven Kane developed this military sci-fi tv series that is adapted from the same-named video game franchise of the Xbox Game Studios. The plot of the series is set in the future which is the 26th century and revolves around the right between an alien invasion referred to as the Covenant and humanity.

Some personal stories with depth of emotion, adventures full of action, and above all high imagination about the future are what we get from this series. The story of the series is standalone and it is set in its own Silver timeline.

Akiva Goldsman, Alex Kurtzman, and Jenny Lumet created this American tv series that is adapted from Gene Roddenberry’s ‘Star Trek’. This series is the eleventh series of the Star Trek franchise and is part of the extended Star Trek universe of Kurtzman.

The plot of the series is set in the near future of the 23rd century which is one decade before the events of ‘Star Trek: The Original Series. It revolves around Captain Christopher Pike along with USS Enterprise (NCC-1701)’s crew who go on exploring new worlds all over the galaxy.

Akiva Goldsman, Kristen Beyer, Michael Chabon, and Alex Kurtzman created this American tv series that is the eighth series of the Star Trek franchise and adapted from Gene Roddenberry’s ‘Star Trek: The Next Generation’.

The plot of the series is set in the year 2399 and it features Jean-Luc Picard after ‘Star Trek: Nemesis’ where we last saw him. In this series, he is found to be very much affected by the death of Data and the ruination of Romulus. But there is a new adventure stored for Picard this time.

Patrick Stewart stars as Jean-Luc Picard in the series. It was released on January 23, 2020, on CBS and transferred to Paramount+ in 2022.

The Mandalorian: How Pedro Pascal discovered the name of Baby Yoda?