The actress Shraddha Kapoor was spotted in an expensive jumpsuit, gave smiles to the cameras as always.

by Vishal
Reading Time: 2 mins read
A A
2 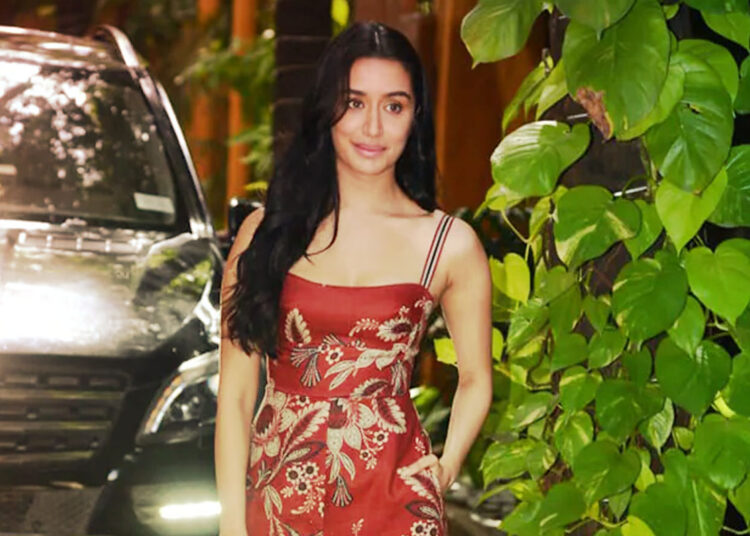 Shraddha Kapoor is a style icon and whatever she wears becomes trending. She has over 71 million followers on Instagram and she is an absolute fan favorite. Be it her beautiful and charming personality or her versatile acting, she ticks all the boxes.

She makes a lot of media appearances and watching her is a treat to fresh, always fresh, and beautiful. Recently she made was spotted on the streets of Mumbai wearing a beautiful floral printed linen jumpsuit by Australian luxury brand Zimmermann.

The jumpsuit was maroon with grey floral prints, was wide-legged, and had triple striped straps that gave it a unique look, her Kolhapuri sandals gave a final touch of perfection to her 26k outfit.

Always friendly towards the camera, Sharadhha gave a sweet smile to the paparazzi, considering the summer, she had light makeup and she decided to let her hair loose, she also shared an Instagram post in the same dress.

On the professional front, Shraddha was last seen in the year 2020 in Baaghi 3 and Street Dancer 3D, Baaghi 3 did average while the latter failed to impress the audience.

Even after being such a star, Shraddha didn’t do well in her last outings but she is all set for a comeback in 2022 with two films, Nagin and Chaalbaaz in London. Shraddha’s highest-grossing movie was with superstar Prabhas in Saaho.

A big hit is due and surely around the corners for Shraddha. Her choice of movies hasn’t done justice to the talent that she possesses and hopefully, she gets to prove herself in her upcoming movies.

She did her debut in 2010 with the film Teen Patti but she got recognition in the 2013 romance film Aashiqui 2, for which she received a nomination for the Filmfare Award for Best Actress, she didn’t win the award but made a special place in heart of fans with her performance, hopefully, she makes a great turn around in her career.