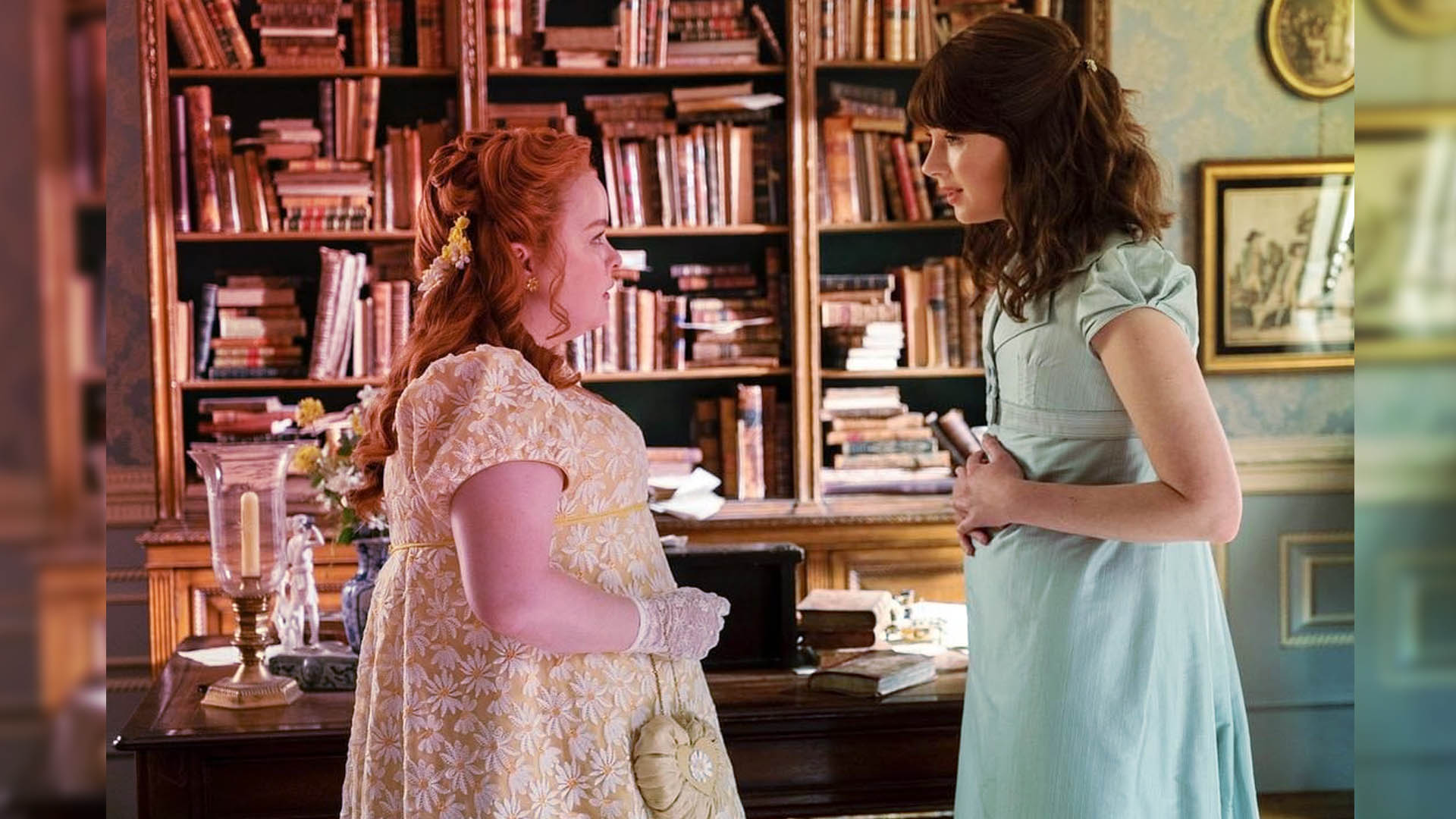 Bridgerton Season 2 is all set released in March 2022 and fans are very excited for the romance, drama, and everything else from the upcoming Netflix show. As we all know we admire all the characters of the show especially the Bridgerton Sisters like Daphne, Eloise, Penelope, and Queen Charlotte.

We have seen in the last episode that Lady Whistledown is no one other than our own cutie pie Penelope Featherington, And I was really amused with the taking of the creator and the screenwriters by taking the simple character into the center of everything.

Recently Netflix has shared a clip about the first look of the Bridgerton Season 2 and we can Penelope and Eloise speaking with each other.

In the shot, we can see the intense situation in the background so is it possible that Penelope (Nicola Coughlan) will reveal the secret with her best friend Eloise Bridgerton (Claudia Jessie) about being Lady Whistledown. If yes, then I think they will work together now.

AS we have seen the quest of Eloise to find out the real identity of Lady Whistledown in Season 1 I think she will be more than surprised after the bug reveals by Penelope.

Probably Eloise is a fan of Lady Whistledown’s work and she could probably join her in the mission of free press journalism in the Bridgerton Season 2.

Lady Whistledown has some things to say…

So we can assume that it’s going to happen and Eloise may join Lady Whistledown in the Bridgertin Season 2.

What Else could happen in Bridgerton Season 2?

As per the first-look clip of Season 2, we can assume that the Bridgerton Season 2 will now focus on the story of Kate and Anthony and below ballroom picture which was also shared by Netflix as the first look says everything which is happening between these two characters.

Moreover, we can see much more intimate scenes between Daphne and Simon in Bridgerton Season 2.

The First look Pictures of Season 2

The Bridgerton Season 2 will be available to watch on Netflix on March 25, 2022. and we also have confirmation that the creator Chris Van Dusen is already working on Season 3 and Season 4 of the show.