by Minhazuddin Ansari
Reading Time: 6 mins read
A A
0

Top 10 Netflix Romantic TV Series to watch: Winter is the season of romance. It always has been. There is no combination more sensual than that of cold weather and hot romance.

And when it comes to missing your loved one in a long-distance relationship or conjuring hypothetical love stories in your lonely single life, Netflix is always there with a bunch of romantic shows right behind the screen whether it’s cheesy rom-com, or passionate sexy romance, or complicated psychological love affair.

To match your taste and your emotional requirement, here is a list of 10 Netflix romantic TV shows that are bound to make you fall in love with them.

Let’s have a look at the Top 10 Netflix Romantic TV Series.

Though not strictly a romance, this 2014 drama series full of action, science fiction, and time travel material, adventure secures its place in this list because of some passionate sex scenes and the central love story of Claire and Jaime.

Claire, played by Caitriona Balfe, is a nurse of the time of World War II who time travels to the 18th century and meets the hot Scot warrior Jaime Fraser, played by Sam Heughan. Besides depicting a romantic encounter complicated by a time-travel theme, the series contains some sexually violent scenes. So, better stay away if you don’t like such kind of content.

If you are a fan of soap operas, there are some treats of classic soap operas elements inside this series of 2014. The titular character Jane’s (Gina Rodriguez) life takes a surprising turn when she is accidentally artificially inseminated.

The series presents sweet, funny, and loving romances as the love story swerves between Jane and her cop boyfriend and Jane and the accidental baby’s daddy.

8. Gilmore Girls: A Year in the Life-

16 years later this series is a continuation of the drama series ‘Gilmore Girls’ from 2000. The viewers of the old series can remember the close and healthy bond between mother and daughter- Lorelei and Rory. Lauren Graham and Alexis Bledel return as Lorelei, now married to Luke for over a decade, and the grown-up Rory respectively.

The series takes us back to the old-time as the mother-daughter duo helps and advises each other in their relationship troubles. Sweet old-time huh?

Based on the novel series ‘En los zapatos de Valeria’, written by Elisabet Benavent, the 2020 series depicts the writing career and relationship crisis of young writer Valeria as she finds solace in her three friends. The role of the protagonist stars the Spanish actress Diana Gomez Raich whom we saw before in ‘Money Heist’.

Written and starred by Ricky Gervais, this 2019 British black-comedy drama series tells the story of a man who recedes from committing suicide after his wife dies and decides to punish the world for its maltreatment towards his wife. If you are in search of a mature romance and not only teen sex, this series is just the thing for you.

As the protagonist despite carelessly enacting his actions becomes a better person at the end, this show will give you not only strong feelings of love but life lessons also.

Talking of teen sex, here is a girl whose life is subjected to anxiety and disappointment because for many other reasons the fact that she hasn’t done it yet. Yes, Devi is a virgin. The 2020 high-school drama follows the ups and downs of the first-generation Indian American teenage girl Devi (Maitreyi Ramakrishnan) as she encounters various psychological and emotional upheavals.

To know whether Devi can get a boyfriend this year which she has been determined to do and whom she chose between the brainy Ben Gross (Jaren Lewison) and the sexy smoldering Paxton (Darren Barnet), stream it on Netflix.

Let’s move it to the heart of romance. Paris.

As Emily moves to Paris for a one-year-long project and the love-land showers her with beauty, fashion, stereotypical French culture, and gorgeous attractive men to love and make love, she quickly finds herself entangled in romance, jealousy, career setbacks, culture clash, and guilty pleasure.

‘Emily in Paris’ is now the hot and trendy series that is all over social media as netizens keep sharing moments full of tension between the beautiful and bewildered Emily (Lily Collins) and the sexy and confident Gabriel (Lucas Bravo). The series has released its season 2 on December 22, 2021.

This immensely popular high-school drama continues to be a fan favorite as it communicates to both the sweaty teen sex lovers and those who look for psychological maturation and depth of character, quite similar to Maeve’s favorite “complicated female characters.”

With the progress of the series, the characters develop drastically and so does the storyline as they deal with both personal and social issues like LGBTQ and lack of sex education. And by the third season which was released in 2021, viewers fell in love with the series all over again as some of its characters gained an unexpected turn of dimension.

The show’s best attraction is Maeve Wiley, the sassy confident daring girl who hides a huge amount of vulnerability inside her. And till Otis (Asa Butterfield) and Maeve (Emma Mackey) returns for a newer season, who hasn’t already watched the series open Netflix soon.

Created and starred by comedian Mae Martin, this 2020 series is inspired by Mae’s own life and portrays the challenging relationship of a recovering narcotic addict comedian Mae and her girlfriend George (Charlotte Ritchie) who had never been with a woman before.

Through the tense relationship between the two women, the series perfectly shows how difficult it is for lesbians to form a healthy relationship in a culture where mindset has been built in a gender-conservative way.

Here is royalty. Here is elegance. Here is romance. The intense and electrifying chemistry between the eldest daughter of the Bridgeton family Daphne (Phoebe Dynevor) and the hot and handsome duke of Hastings (Rege- Jean Page) has taken the entertainment media to a storm.

Based on the series of romance novelist Julia Quinn, this show takes us back to 18th century London with its quintessential glances oozing with longing, flirtation, and lots and lots of sex. Watch it before the winter is gone. 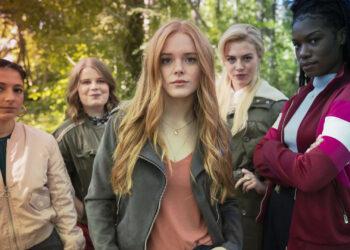 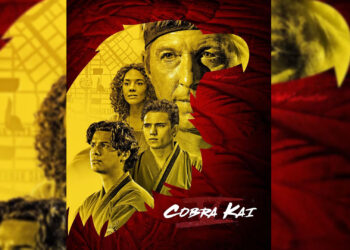 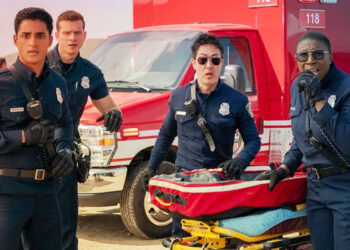 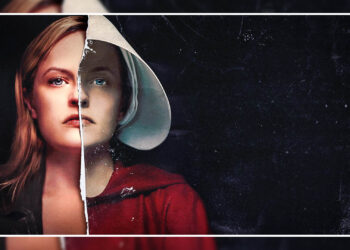 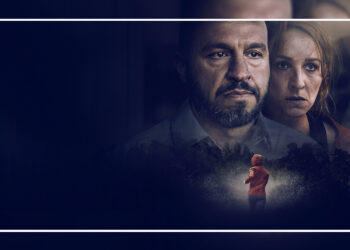