Top 10 TV Shows Like Freeridge, While you wait for the Series 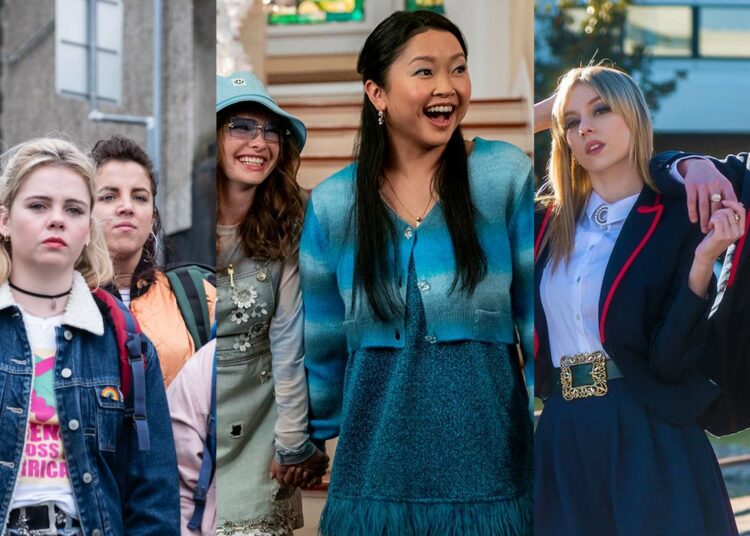 While On My Block debuted on Netflix in 2018, it was met with critical praise and a devoted fan base. The series depicts 4 teens from Freeridge, a fictitious inner-city Los Angeles neighborhood, as gang culture and shifting dynamics attempt to tear up their bond.

The play was tragic, humorous, romantic, and even sometimes all of these things at the same time. However, fans had to say farewell to the cast, which featured Jason Genao and Julio Macias, when the series finished in October 2021.

With the announcement of a spinoff called Freeridge, in which A group of buddies might or might not have unintentionally triggered a lethal curse, ushering in a new adventure. This series will help you pass the time till Freeridge rolls out. a comeback to this favorite town appears inevitable but distant.

Freeridge will be released on Netflix on 2nd February 2023.

Meanwhile, here are some shows that will satisfy your craving.

Here is the list of the Top 10 TV Shows Like Freeridge, While you wait for the Series.

“On My Block” involves four brilliant, street-savvy buddies as they navigate their journey through high school, with all of the victory, heartache, and newness they encounter.

In this coming-of-age tv show, Monse, Ruby, Jamal, and Cesar face the hardships of puberty and life in their mostly Hispanic and black neighborhood in South Central Los Angeles.

The popular Spanish drama Elite revolves around the death of a teenage girl at a prominent high school, we are first exposed to the world of Elite.

This follows the awarding of scholarships to three working-class pupils when their own school closed. We see how ethnic, religious, and socioeconomic issues converged to create a deadly atmosphere in a sequence of flashbacks.

This series will def be your #1 guilty pleasure, with an enormously larger cast and exponentially larger issues.

Mindy Kaling’s series follows Devi as she deals with the passing of her father and the search for somebody to lose her virginity to. Kaling deftly walks the line between emotional narratives and laugh-out-loud physical comedy.

Unlike most writers, Kaling recognizes the importance of sadness and humor and brilliantly weaves them together. Never Have I Ever has a more romantic take on adolescence, yet it is no less thought-provoking or sophisticated.

When a very new consultant, Regus Patoff, is recruited to help the app-based game-developing CompWare enhance its business, employees face new demands and obstacles that call everything into question, even their lives.

Camille, Tye, Quinn, and Angie, four bright bestest buddies, manage relationships and professions, which is very similar to the base of Freeridge.

Charlie, who possesses an unusual talent to detect deception, takes the highway with her Plymouth Barracuda, encountering a fresh cast of individuals and weird cases she can’t help but solve at each stop.

A high school senior who has lived her entire life quietly seizes the chance to transform her narrative and begin to live an amazing life, only to discover the next morning that she is a ghost.

Jenna Hamilton, 15, is struggling to cope with the stresses of growing up. Her life takes a bizarre twist after an incident she encounters is misinterpreted as a suicide.

The series depicts Jane Villanueva, a devout Catholic Latina that despite being a virgin, becomes pregnant through accidental artificial insemination. As a result, Jane is drawn into the lives of the wealthy and dangerous.

A younger Jane, with her goals of becoming a writer, her troubles navigating complicated love triangles, and her desire to protect her immigrant grandma, may have been an excellent fifth member of the Freeridge gang.

Derry Girls follows four Northern Irish girls and one English boy as they’re raised up in a tiny town against the historical background of the end of the Troubles.

It’s an optimistic and hilarious show that shows how, even when troops are frequently searching your bus for explosives, you can still live your life and build lovely, though unusual, experiences with your friends.

These pals surely made the most of their circumstances, from convincing their community that they experienced a miracle to staging an IRA hostage scenario to obtain free fish ‘n’ chips. They may not be as successful as Jamal in stealing the Rollerworld money, but they’ve had their fair proportion of semi-illegal fun.