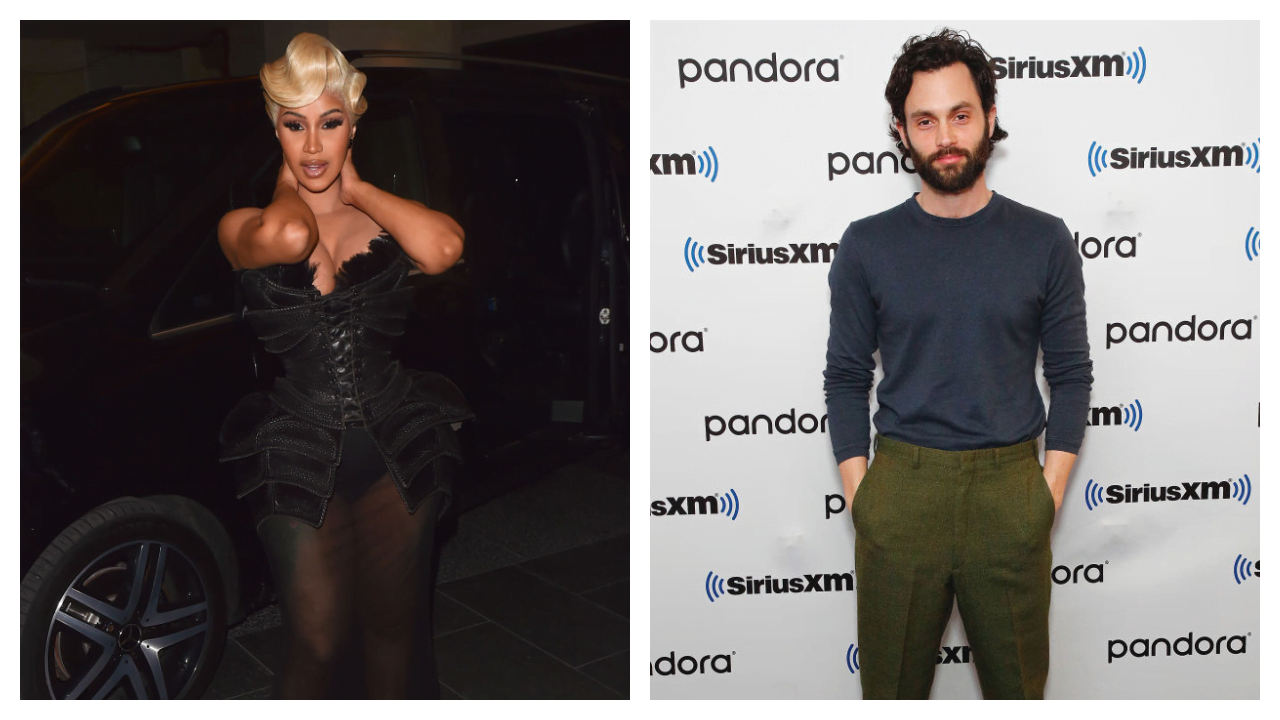 Cardi B has a not-so-secret admirer that sent her a special gift on Thursday. The rapper posted a photo to Twitter to show the treatment she received from Joe Goldberg, Penn Badgley’s character on Netflix’s You.

The package included a blue baseball cap — similar to the character’s signature hat for stalking his victims — stitched with his infamous greeting, “Hello, you.” The hat came with a note, written in the voice of Goldberg’s creepy, yet often hilarious, narrations.

“Hello, you… My stalking and killing may make me a certified freak, seven days a week, but it also brought me to… you,” the note reads, referencing Cardi’s hit song with Megan Thee Stallion, “WAP.”

The “Up” rapper tweeted the photo, asking, “How Joe found my new house address?😳😳”

“Lucky guess…,” the ever-watchful Twitter account for You responded, adding a GIF of Badgley’s Joe stalking someone on the show.

Cardi B Gets Surprised With Gift From Penn Badgley’s

The gift comes a little over two weeks after Cardi and Badgley became unexpected friends after sharing an adorable fangirl moment on Twitter. On Oct. 17, the rapper discovered that the You star had referenced her during Netflix’s In Conversation With YOU event and quote-tweeted a fan video to express her excitement.

Shortly after, he changed his Twitter avatar to a blue-haired Cardi, cementing his status as a fan, to which Cardi responded by changing her avatar to a pic of Badgley as Joe Goldberg doing his signature, haunting stare.

Days after the actor and rapper’s hilarious exchange, Badgley opened up about the possibility of Cardi appearing on the recently announced fourth season of his Netflix series.

“I don’t know. I definitely can’t say,” he said on Jimmy Kimmel Live of the chances of Cardi appearing on the show. “But there is actually, I believe this is true, there’s an actual change.org petition. Changing the world, you know?”

When the host pressed the actor on if he didn’t know or couldn’t reveal a potential Cardi appearance, Penn clarified, “I can’t say because I don’t know. I actually don’t know. I’m not being coy.”

If the writers need any ideas, Cardi has already come up with the perfect way she could be included in the next season. When a fan tweeted that the rapper should make a cameo, Cardi took a screenshot of the streaming service’s new bio and pitched a plot for herself in the voice of Penn’s character.

“So it’s episode 1 and I’m at Paris Fashion week shutting it down! I turn around and there stands YOU. Ok finish it off @netflix,” she wrote.