Stranger Things Season 4: Maya Hawke has responded to internet rumors that her younger brother, Levon Thurman-Hawke, will be joining the cast of Stranger Things for the fourth season.

Fans leaped to the idea that he would be appearing or doing a cameo after seeing photos of the siblings on set while filming the next series.

Hawke, on the other hand, put an end to the rumors. In an interview with Radio Times, she emphasized, “My brother is not in the show!”

“He came to see me,” she explained. “The COVID policies were extremely rigorous, as they should be, so he could only dress up as an extra and undertake COVID testing on set.” And it just so happened to be a day when the paparazzi were in town, so they took a picture of him, and it was like, ‘Nepotism strikes again!’ 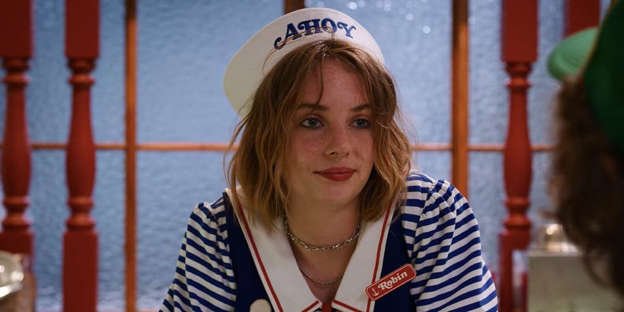 No, guys! He’s not in the program, although you might catch a glimpse of him in a single shot. So, internet, take a deep breath!”

The fourth season has already concluded filming, and various trailers and teasers have already been released. The release date has yet to be determined, however, it will most likely be in 2022.

Maya and Levon are the children of Uma Thurman, who starred in Kill Bill, and Ethan Hawke, who starred in Tesla. Maya has been rumored to be the leading lady in the third installment of Kill Bill, which has been spoken about for years but never confirmed.