by Jogesh Kumar
Reading Time: 5 mins read
A A
0 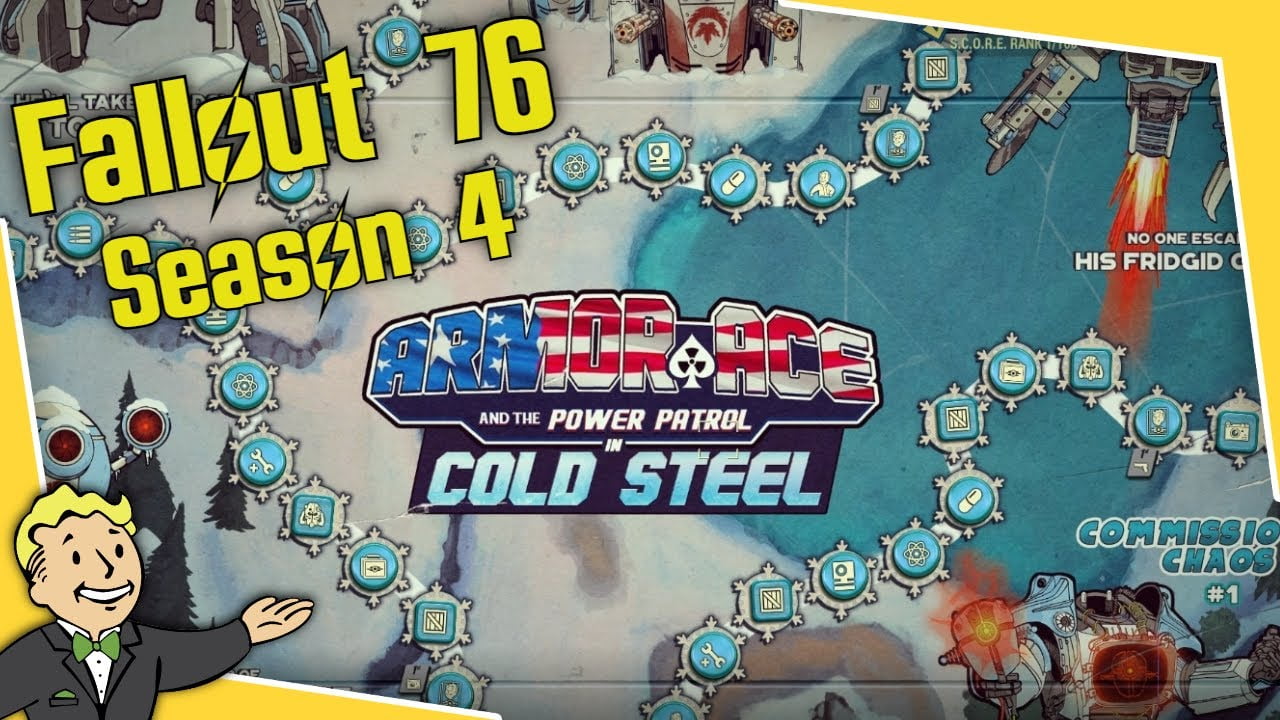 Fallout 76 Season 4 Updates: Bethesda is coming for a brand new season of Fallout 76. Fallout 76 was launched in the year 2018. It is an online multiplayer game. Season 3 rolled out in December 2020. The game is set in the post-apocalyptic era of the year 2102. The game has 3 modes, namely: PvP, survival, and Private Worlds. Private World mode allows for private server matches.

The new season is the next big update of the game that is going to be launched by Bethesda. The season is titled “Fallout 76: Locked & Loaded“. Bethesda has enabled Private Test Server for its Season 4 so that the players can experience how majestic the next season’s update is going to be.

The players will be having S.P.E.C.I.A.L loadouts which will consist of the cards they’ve collected as they level up their character in the game. These cards can be used for the specialization of a particular skill of their character. Along with Season 4, we’ll be having a Locked & Loaded update. This has a new addition – Punch Card Machine which allows you to replace your S.P.E.C.I.A.L  loadout each time and save it to a slot.

Covert Scone Armor and their weapons are the new rewards that you will see in the upcoming season. You can also grab the rewards in The Hunt for the Treasure Hunter by playing the event.

West Tek Research Center, Watoga Civic Centre, and Vault 96 are the locations that will be available in the new update.

Slots To Save Your C.A.M.P

In the previous version in order to make a new camp you had to destroy your old camp and this was frankly quite irritating. But, now you won’t have to do it. You’ll be having CAMP slots so that you can save the old and also build a new one. There will be two slots. One is for the saved one and one is for the existing one. You can switch between your camps but can control only one out of the two. Your location of the camp has to be a secret so that the opponents are unable to find it.

Some changes can be seen in it too. It’s a part of the Locked & Loadout update. You’ll get new Daily Ops missions and the ones that can be repeated.

Aim assistance will be present in every game mode. It was first to present only in PVP mode. This is specially added for the players who used controllers to play the game. This assistance is different for every weapon. For eg: pistols will have quick aim assistance but the rifles are great for tracking the targets.

You can even craft sliders in the update. You can make ammunition for your weapons. This feature appears to be very useful. The players will be able to see nearby vendors, events, nuke zones. The name of the events aren’t confirmed but can be named Grahm’s Meat-Cook and Mischief Night.  A double XP reward weekend is expected in the first weekend of the new season.

In Grahm’s Meat Cook event you can get many great rewards. In this, you just need to carry some meat with you and hand it over to Super Mutant. Your job is protecting him while he cooks the meat. The longer the duration for which you’ll protect him, the bigger would be the reward.

Mischief Night event is a fun event rather than one which will give you rewards. The player will need to create mayhem over many locations which would then result in a boss battle.

Season 4 is expected to come on 27 April. It will last for approximately 10 weeks.

For more updates and follow-ups keep checking our site.