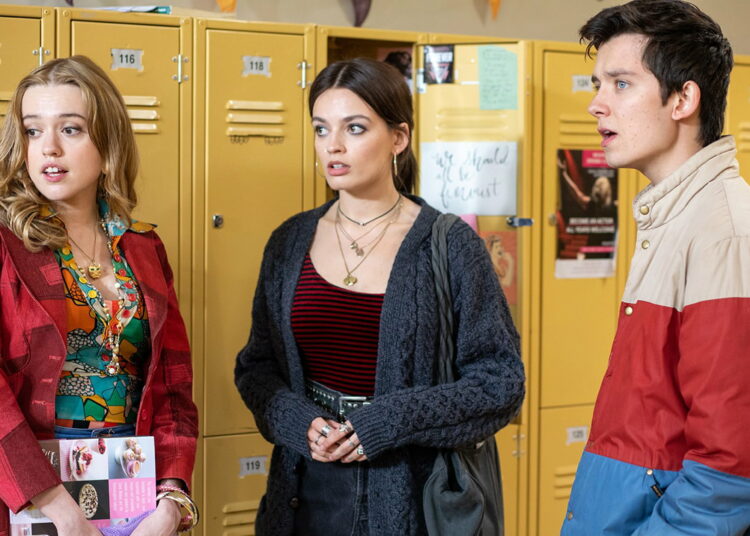 Sex Education Season 3 Update: A British comedy-drama television series created by Laurie Nunn, this series is a major boom in addressing the social stigmas and teases the parental gap of communication. Surrounding as an insecure teenager and his mother, a sex therapist, the series first entered the native streaming service of Netflix on 11 January 2019.

It picked up a good business sizing up its audience with over 40 million viewers streaming the first series after its debut. The series was renewed for the second time on 17 January 2020 and has been ordered for a third series which is still in the making.

Set against the background of Otis Milburn, a teenager with his own issues and is indecisive about sex even though, his mother is a sex therapist who is welcoming about all aspects of sexuality. After inadvertently helping out the school bully with his sexual performance anxiety, Otis sets up a sex advice business with Maeve—a gallant but troubled classmate and who he falls in love with—for fellow students.

The second series lines up Otis who, after finally securing a relationship with Ola, is hit with the hardships of a high school romance. That romance is further tested when Maeve requires his love and a newcomer to challenge the status quo at Moordale High amid a chlamydia outbreak which puts some high questions on the table.

What news do we have of the next installment?

Of course, the series didn’t make it on the expected slate of January 2021 for the biggest bummer, the pandemic.

The second outing last January took off on a dramatic cliffhanger, which left viewers awaiting for how the future looks like for the characters.

In a replay, Isaac interposed in Otis and Maeve’s love life in the final episode as he deleted the voicemail for Maeve. However there a lot of storylines to cover as to Eric’s choosing Adam over Rahim.

Filming got pushed back from the summer and recently the fan-favorite  Asa Butterfield spoke to media in a Q&A session.

He touched on “We’ve been shooting since September and are towards the end so it’s exciting to be here.”

“So Otis has a mustache and he’s found a new charisma I guess. He’s got a bit more confidence in himself” he gave away without sharing much.

Stay on top of the latest datils with us.