Cobra Kai Season 3: Karate Kid will not be Charmed 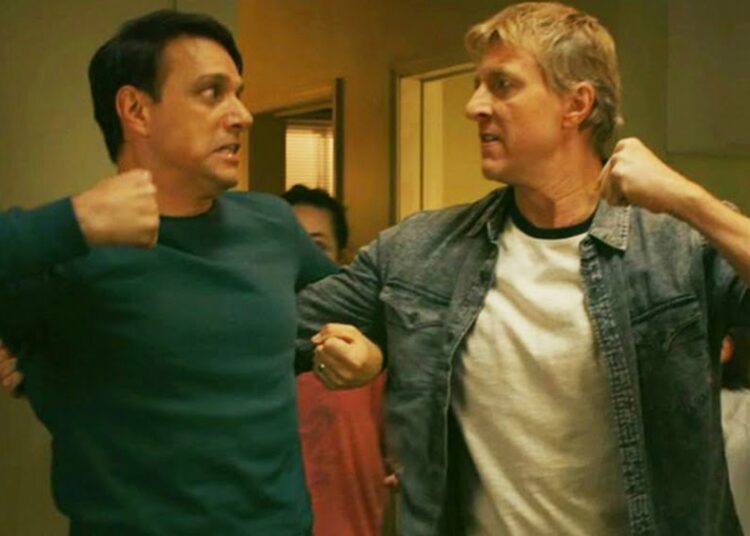 Cobra Kai Season 3 Updates: The season-2 of the karate kid has got altered to give their best result or best view to the audience.  And, too much good has been made in this season-2.

All About Cobra Kai Season 3:

Cobra Kai is, hands-down, the best YouTube Red show ever made. I agree you might be tempted not to watch it because it’s a YouTube Red show, I was too at first, but a bunch of friends started telling me I have to watch it, and I was a huge fan of the Karate Kid movies, so I decided to watch the first two episodes, and I was already hooked! I bought both seasons and watched all the episodes in 3 days.

I have also watched the entire series 3 times and cannot wait for Season 3 to come out. It is in my Top 5 TV Shows of All Time. Actually, it’s my 2nd favorite show of all time, the first being The Office.

Regarding its relationship to Karate Kid, it followed it up really well, and many people, including myself, think it was actually better than the Karate Kid movies.

The Karate Kid movies were the top movies in the 1980s, and they were epic. It is very easy to ruin a reputation like that while creating a spin-off show, but Cobra Kai does the opposite.

It does help to have watched the Karate Kid movies before watching Cobra Kai, at least the first one. One of the best parts about Cobra Kai is the characters. You’ll love every single character in the show.

There are rivalries, backstories, and much more! In 1984, LA Russo was your hero, in Cobra Kai Season 1, Johnny will be your hero, and in Season 2, you’ll see that they’re just two guys with different viewpoints.

Johnny’s Cobra Kai is different than Kreese’s for sure. There are many other great characters as well, like Miguel, he is a true underdog story, Robby, who is trying to have another chance at his life, Sam, the daughter of Daniel and a spoiled brat, Tory, a girl who comes from a poor family and doesn’t take no for an answer, Hawk, a once bullied kid who becomes the coolest kid you’ve ever met, and much more.

Another great thing about Cobra Kai is how it is so true to the Karate Kid movies. There are many scenes from Karate Kid it shows, a lot of the concepts are the same, and they bring back a lot of things. Overall, Cobra Kai is an amazing series, and I recommend it to anyone.