Riverdale Season 5: Back in Production in Vancouver- Check out the details 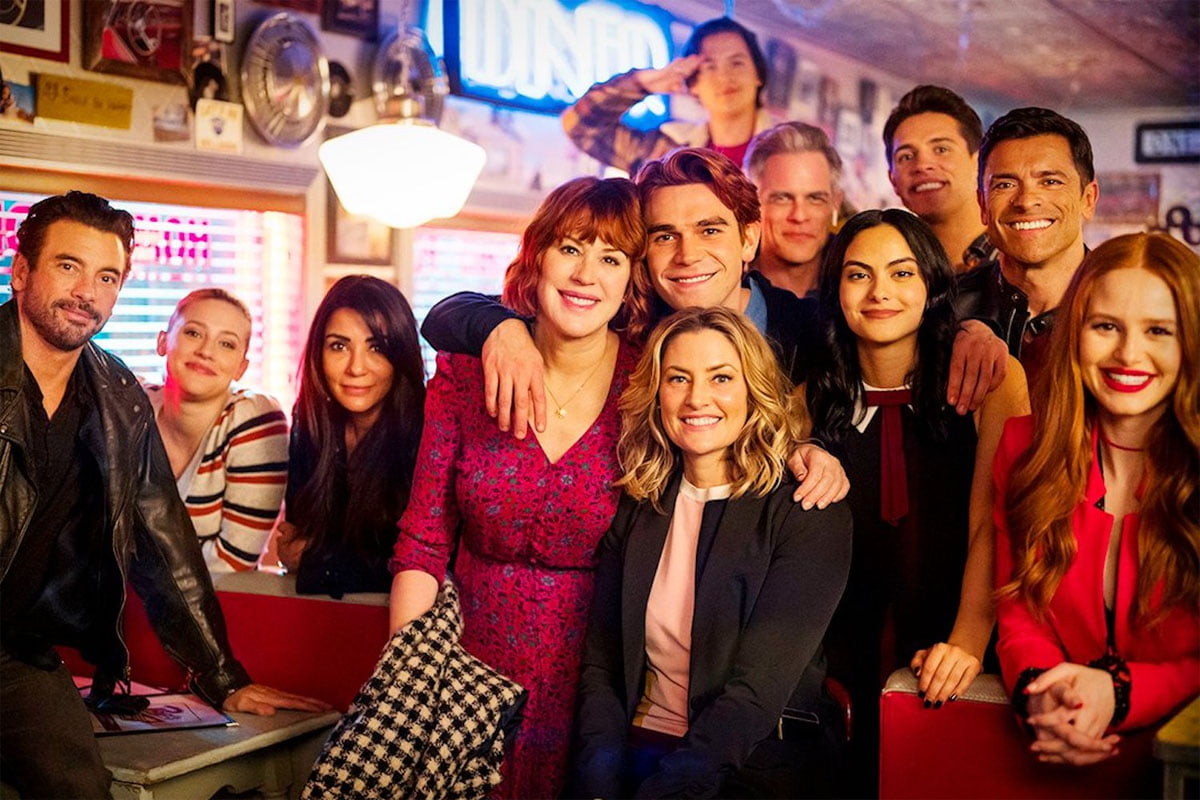 Riverdale Season 5 Updates: Riverdale, the most popular American teen drama series available on the Netflix platform. It has several characters, which are based mainly on the Archie comics.

Riverdale enjoys a humongous fan base and enjoys a huge watch time. But owing to the current pandemic situation, the production was abruptly called off in mid-March. And, the fourth season was also abruptly shortened.

But, now that the lockdown has been lifted and things have received a bit of relaxation, the production for the series’ 5th season has begun. Continue reading to know more.

Fans are now excited that the fifth season has now officially started its filming. Recently, on 14th August, the series creator, Roberto Aguirre Sacasa posted on his Instagram handle, that the entire group has reunited for an important announcement.

In this picture, all the cast of the series were present, such as Roberto himself, Camila Mendes, Madelaine Petsch, Lili Reinhart, Drew Ray Tanner, and Cole Sprouse.

He captioned the post as, after following all safety norms, such as 14 days quarantine, the shooting for the 5th Season of Riverdale is back in action.

Together they all re reminiscing how quickly they have reached this milestone and are looking forward to starting this amazing journey.

Fans were super excited after this post, but few of them were wondering, as to why Archie Andrews aka KJ Apa was missing from the post. But, Roberto again cleared the confusion and shared another great candid pic on his Insta handle.

With a caption that, despite the Covid situation, somethings won’t change. He was indicating towards a shirtless Archie in the steam room.

As the filming of Riverdale is now back in form, all the crew members are strictly adhering to the Covid-19 norms and guidelines. According to these, the actors must stay in quarantine for 14 days before shooting.

ANd they should maintain proper social distancing, throughout the shooting. Additionally, PPE must be a must for everyone on set. With the current pandemic situation, safety comes first.

And the entire crew is making sure that no one is compromising with their safety and at the same time making kinds of stuff for entertaining us.

Riverdale Season 5: Is Veronica pregnant with Archie or Chad’s baby?

Riverdale Season 5: Is Josie & The Pussycats Are Returning To Show?